Dare to succeed: The synth pop legends in a League of their own

FORGED in the shadows of Sheffield’s industrial hills in 1977, The Human League will be forever remembered for their 1981 mega hit ‘Don’t You Want Me’.

However, that No.1 success might never have happened but for a chance encounter following the shock departure of two of the founding members.

James Iles explains how fate played its part in the rise of these synth pop legends who are so much more than that song, as (spoiler alert) it’s not even in his top three Human League tracks…

‘H’ is for The Human League

The Human League took their name from one of the sides battling it out on a sci-fi board game of the time, though the futuristic group were formerly called The Future.

Martyn Ware and Ian Marsh had two synthesizers in 1977 but needed a frontman and were aware of Phil Oakey (who had grown up in both Coventry and Solihull) on the local ‘scene’ and was working as a hospital porter at the time. Their first choice, Glenn Gregory, was not available but later joined them in Heaven 17.

Ware and Marsh hired Oakey as lead vocalist based on his fashionable reputation, however it soon became apparent that not only did he have a booming baritone, he could also put lyrics to their synth-laden sound that drew influence in everything from Iggy Pop to Kraftwerk.

The Human League embraced the sparseness of punk but did so by channelling the futuristic sounds of electronic drum machines, sequencers and synthesizers, with one eye on 80s fashion.

However, when the first two albums did not achieve the commercial success they craved Ware and Marsh left on the eve of a 1980 tour.

Phil Oakey bought up the band name and though visuals director / occasional keyboardist Philip Adrian Wright was still on board, Oakey was left with no band and it was ‘do or die’ for Human League.

Next, a pivotal moment occurred. With no preamble, Oakey approached Joanne Catherall and Susan Ann Sulley when he spotted them dancing together on a nightclub dance floor.

Neither had any previous experience of singing or dancing professionally but they agreed to join the tour. Ian Burden joined too, to fill the synth player void.

That tour of ‘Oakey and his dancing girls’ was not a success as fans had booked to see the former line-up and, with mounting debts, they came under pressure from Virgin Records to gain chart success.

After the minor success of ‘Boys and Girls’ Oakey and Wright settled down with Burden, Catherall and Sulley to record new material, joined by Jo Callis on guitars.

Then things started to click. ‘The Sound of the Crowd’ was the first release from the sessions, hitting No. 12 in the UK. ‘Love Action (I Believe in Love)’ then got to No. 3 and the album ‘Dare’ that followed went all the way to the top of the album charts in October 1981, eventually going triple-platinum.

‘Open Your Heart’ had also hit the top ten that month but it was the fourth single off ‘Dare’, that the group placed lastly on the second side of the LP, that sparked a huge band vs. record label row. 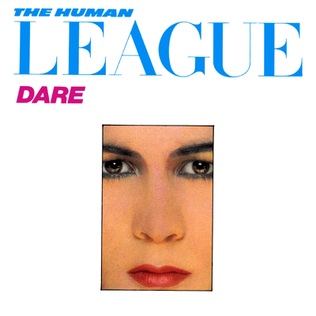 The band considered ‘Don’t You Want Me’ to be a filler track and begrudgingly allowed it to go out on 7” vinyl only if it was accompanied by a poster to appease the fans who they thought would be disappointed!

Not considered to be the ‘right representation’ of the band – particularly by lead singer Phil Oakey – it caused an internal row when Virgin insisted on releasing it in December 1981, wanting to cash in on the back of the three previous singles’ successes.

But ‘Don’t You Want Me’, with its classic video that made them 1980s icons, went to No.1 for five weeks in the UK and became the biggest selling song of the year, paving the way for their long-term success, having also hit No.1 in the US and selling more than 1.5million copies to date.

Their place in the pop pantheon was secured, but with a song they never wanted released.

A stereo remixed reissue of ‘Being Boiled’ (originally released in 1977) – the song that inspired Vince Clarke to form Depeche Mode – followed in 1982 and hit No.6 in the UK.

Buoyed by five hit singles in a row, The Human League romped away with two more classic hits – the confident Motown crossover ‘Mirror Man’ and ‘(Keep Feeling) Fascination’ that both got to No.2, in 1982 and 1983 respectively, from the stop-gap ‘Fascination!’ EP.

Perhaps the hits had come too thick and fast for Human League as they were struggling to follow up the success of ‘Dare’ by the time they went into the studio to record ‘Hysteria’ (1984) – the name itself referencing the pressure that followed their success.

A raft of producer changes saw the album in the hands of three different deskmen, with Hugh Padgham eventually getting it over the line. Hysteria went to No. 3 in the UK and was certified Gold but had not lived up to the success of Dare!

It did, however, give us three cracking singles with understated love song ‘Louise’, political chant ‘The Lebanon’ and ‘Life on Your Own’.

Seeking a different route back to commercial big time, Virgin put the next album in the hands of Janet Jackson producer duo Jam & Lewis.

The resulting LP ‘Crash’ (1986) did bring them their second US No.1 single with the perfect pop hit ‘Human’ but clashes in the studio with the ‘controlling’ producers saw Wright, and Burden, later in 1987, both leave. That was the end of the classic Human League line-up.

Human League did return with the album ‘Romantic?’ in 1990 which features the brilliant ‘Heart Like a Wheel’ that is a staple of their live set.

But it was in 1995, at the height of Britpop, the trio of Phil Oakey, Joanne Catherall and Susan Ann Sulley, stormed back with the brilliant, defiantly analogue pop album ‘Octopus’.

Riding high at No.6 the charts with ‘Tell Me When’; ‘One Man In My Heart’ and ‘Filling Up With Heaven’ were also strong singles. ‘These Are The Days’ – every bit as daring and catchy as their early hits and the beautiful ‘Housefull of Nothing’ could both easily have been singles too, such was the return to their roots and top form of this great LP.

The Human League are still touring today and are a brilliant live band. I caught them at last year’s Solihull Summer Fest. The played all the hits in a stellar set that, of course, featured ‘Don’t You Want Me’ and Oakey’s superb hit with Giorgio Moroder ‘Together In Electric Dreams’. 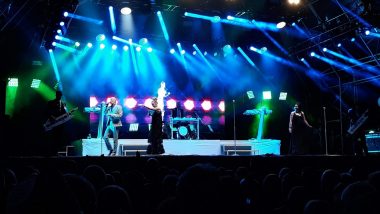 2) The Sound of the Crowd

Underrated track = These Are The Days

• Check out James’ The Human League playlist on Spotify at shorturl.at/fjwVW

GARDENING TIME: How to combine veg and flowers in pots

Hot Dogs: Keeping your beloved pooches safe during the heatwave