Missing the cinema? Bond, Black Widow and Top Gun: The films to look forward to in 2021

Cinemas around the country have sat empty for much of 2020 but that could be set to change in 2021, with a slew of blockbusters waiting in the wings as soon as we can return to multiplexes. 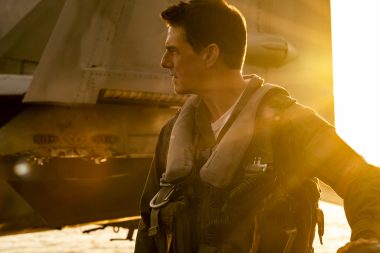 Many of the most anticipated films of last year – including the James Bond outing No Time To Die, Marvel’s Black Widow and the long-awaited Top Gun: Maverick – were delayed amidst the coronavirus pandemic.

But that means we now have a bumper crop of exciting films to look forward to as soon as it’s safe to sit in a darkened room with strangers, munching on popcorn.

But before then there are still treats abound in January. If you missed the chance to see Wonder Woman 1984 in cinemas in December, it arrives on premium video on demand (PVOD) on January 13.

The sequel to the 2017 comic book adventure marks the return of Gal Gadot as Diana Prince and Chris Pine as Steve Trevor, while Kristen Wiig joins the line-up as Barbara Minerva, as Wonder Woman faces two new foes. 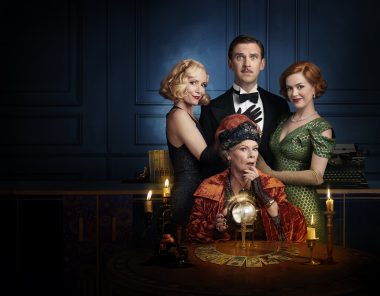 Then Dame Judi Dench, Dan Stevens, Isla Fisher and Leslie Mann join an all-star cast of Blithe Spirit, based on the play by Noel Coward, about love that just won’t die.

The film, about a best-selling crime novelist Charles struggling with writer’s block, arrives on Sky Cinema and in cinemas (restrictions permitting) on January 15, the same day Regina King’s directorial debut One Night In Miami launches on Amazon Prime Video.

The film, about the night Cassius Clay, Malcolm X, Sam Cooke and Jim Brown spent together in a hotel room in 1964, is already generating early awards buzz ahead of the Oscars in April.

In February James Corden will reprise his role voicing the beloved Beatrix Potter character in Peter Rabbit 2: The Runaway, while Carey Mulligan is set to make a splash in Emerald Fennell’s revenge thriller Promising Young Woman.

Meanwhile Frances McDormand will make her second bid for an Oscar in the space of four years in the poignant awards contender Nomadland, about a woman who embarks on a journey through the American West living in a van.

Also set to hit cinemas that month is Judas And The Black Messiah, starring Black Panther and Get Out actor Daniel Kaluuya as Black Panther leader Fred Hampton.

March brings with it Supernova, a touching drama starring Colin Firth and Stanley Tucci, about a couple grappling with the effects of dementia on their relationship; as well as The Father, starring Sir Anthony Hopkins and Olivia Colman as a father and daughter navigating the same condition.

Another awards contender arrives in the shape of Minari, starring The Walking Dead actor Steven Yeun in the drama about a Korean family that moves to Arkansas to start a farm in the 1980s.

The long wait for Daniel Craig’s final outing as 007 will (hopefully) end in April, with the launch of No Time To Die, which was the first major blockbuster to be delayed as the enormity of the pandemic became apparent.

Its April 2020 release was pushed back to November, and then again to April 2021.

No Time To Die finds Bond after he has left active service and is enjoying a tranquil life in Jamaica when his old friend Felix Leiter, played by Jeffrey Wright, from the CIA turns up asking for help. 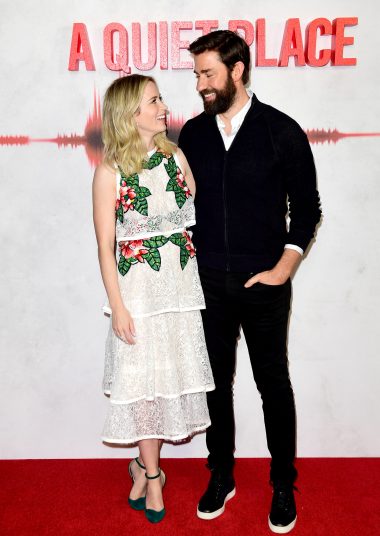 Also due in April is A Quiet Place II, the follow up to John Krasinski’s directorial debut, about a family forced to live in silence to hide from monsters, while May brings the arrival of Black Widow, as Scarlett Johansson’s superhero finally gets a standalone film as Natasha Romanoff goes back to Russia to confront the ghosts of her past.

Another adrenaline pumping adventure arrives in July with Top Gun: Maverick, a sequel 35 years in the making, as Tom Cruise gets back in the pilot’s seat as Pete “Maverick” Mitchell.

Fans of Hamilton will rejoice when the big screen version of Lin-Manuel Miranda’s earlier musical In The Heights finally arrives in cinemas starring Anthony Ramos, who was also part of the original Broadway cast of Hamilton.

Meanwhile surviving members of the Suicide Square reconvene in August, with Margot Robbie’s Harley Quinn back in her pigtails and Pete Davidson joining the gang.

A different kind of group reunites later in the month for People Just Do Nothing: Big In Japan as the lads from spoof pirate radio station Kurupt FM hit the road, bound for Toyko. What could possibly go wrong?

This should be swiftly followed by Respect, the Aretha Franklin biopic starring Jennifer Hudson as the late, great singer.

Another singer due to be immortalised in film is Elvis Presley, in Baz Luhrmann’s biopic, starring Once Upon A Time… In Hollywood’s Austin Butler as the King and Tom Hanks as his manager.

And the year will hopefully end on a musical high note with the release of Steven Spielberg’s adaptation of West Side Story, starring Ansel Elgort and Rachel Zegler as Tony and Maria, which is due to hit cinemas on December 10.

Pass the popcorn and settle in, it should be a good year at the movies! 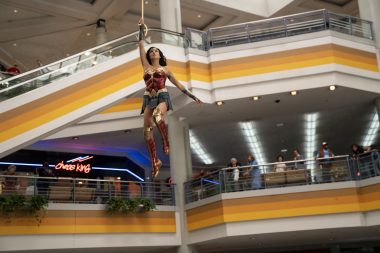 Could you have treasure buried in your garden? Record number of finds being recorded during lockdown

Unusual birds to look out for during the Big Garden Birdwatch

Flu vaccine uptake among over 65s highest on record