Who Wants To Be A Millionaire? - Is tonight the night we see the sixth millionaire winner?

Jeremy Clarkson has described the first contestant to win Who Wants To Be A Millionaire? in 14 years as like the Encyclopaedia Britannica in human form and “Google in a head.” 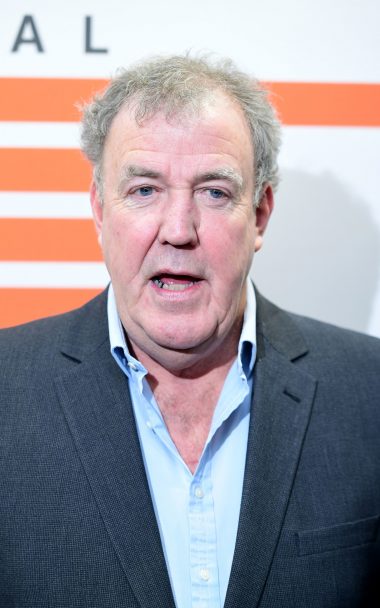 We have all been told the current series of the ITV quiz show will see an unnamed competitor answer 15 questions correctly to become the sixth champion in the programme’s 22-year history.

But will tonight (Friday) be the night? We think it might be. Final answer.

The episodes were pre-recorded without a studio audience due to Covid-19 and Government guidelines around social distancing.

Host Clarkson, 60, has said that, although the winner was lucky on a few occasions, he found their intellect “genuinely staggering”.

He said: “It was like having the Encyclopaedia Britannica sitting opposite me. As they pointed out, there were a couple of questions where they lucked out. They simply knew the answer.

“It was just one of those lucky things. Like the first million-pound winner Judith Keppel, she knew about Eleanor of Aquitaine.

“She’d just happened to have been to that part of France a year before and therefore knew the answer.

“And this contestant had a couple of those moments. But it’s genuinely staggering to look at someone who has a normal sized head and then within that head, they have every single fact known to man.

“It’s Google, in a head. You just wonder how a head can be normal sized and have that much information in it.”

Clarkson admitted he did not know the answer to the £1 million question, despite studying the topic months earlier for an episode of his Amazon Prime Video motoring show, The Grand Tour.

“Even though I had read up extensively on that subject matter only five months earlier for something that we were doing for The Grand Tour.

“We did a 90-minute programme on that exact subject a few months earlier. I’d read countless books on it.

“It has gone in one ear and out the other for me. But it’s gone in their ear and stayed there.”

In May, retired doctor Andrew Townsley, from Glasgow, nearly became the sixth £1 million winner, but walked away with £500,000.

When faced with a final question on motorsport, he decided to play it safe and stick with half a million pounds.

Clarkson doubted he was brave enough to tackle the final question, saying: “I just don’t know if I would ever have the balls to do it. So I’m always staggered when people do take risks.

“Delighted but staggered. And it was fantastic when this contestant took the ultimate risk on the final question.”

Clarkson admitted recording the new series while adhering to social distancing measures was “a bit strange to be honest”.

He added: “You say things that you think are funny, and there’s mainly silence.

“Maybe a little laughter but not what you normally expect.

“I then realised when filming the next few episodes, it’s better to just talk to the people like you’re in a phone box and it got much easier.”

Ingram Wilcox was the most recent winner of the top prize, going all the way in 2006.

In all, five contestants have previously won the £1 million prize on the UK version of Who Wants To Be A Millionaire?

The first was Judith Keppel in November 2000.

For her final question, then-host Chris Tarrant asked: “Which king was married to Eleanor of Aquitaine?”

Perhaps the most famous contestant in Who Wants To Be A Millionaire? history, Major Charles Ingram, was back in the news recently thanks to ITV drama Quiz.

Ingram “won” the grand prize but it was never paid out after he was accused of cheating in an infamous coughing scam.

Who Wants To Be A Millionaire? is on at 9pm on ITV. Fingers crossed we finally see who the sixth ever winner is!

5 top trends to know about from the autumn/winter catwalks

Thinking of renting out a room? Here’s what you need to know about taking on a lodger

The Wonder of Stevie: How a child prodigy became one of the world’s greatest ever musicians

Up Close and Personal with Judy Murray

GARDENING TIME: The mists and mellow fruitfulness of autumn