Archery sets its sights on increasing participation for disabled athletes

ARCHERY GB is aiming to capitalise on a £4.7m funding boost by reinforcing its credentials as an accessible sport for all.

In December it was announced Archery GB would receive a four-year £4.7m investment from UK Sport and the challenge now is to offer even more opportunities for all spectrums of the population regardless of age, disability or gender.

The increase in funding for High Performance Archery at a time of a global pandemic shows this view regarding the potential reach of the sport and its positive impact on the physical and mental health of all participants is shared.

The Olympic Archery squad has already won a full quota of places for Tokyo while the Paralympic squad has secured five spots, with the chance to add a further five to the final selection at international tournaments during the first half of 2021.

Since elite sports are permitted to continue training during the current lockdown, all elite archers in both squads will continue to be focused on their training and development for the year ahead as we start to count down with less than 200 days until the Tokyo Games.

Archery is an inclusive sport which can be enjoyed by men and women of all ages including those with disabilities who would struggle to take part in an alternative form of exercise.

Commenting on the commitment of archery to support a diverse participation base from all walks of life, Neil Armitage, CEO at Archery GB, said: “We completely understand and support the government’s decision to close sports facilities at this challenging time.

“However, despite the current Covid setback, Archery GB is focused on how to build our profile as an accessible and diverse sport in 2021 and beyond.

“Since disabled archers are still able to train, we are delighted to be able to support archery participants facing many different challenges – from across the autism spectrum, to blind and sight limitations and physical impediments to name just a few.”

Archery is a sport in which disabled and able-bodied athletes and all genders – both young and old alike – can compete on level terms and one where mental as well as physical health is enhanced through participation.

Archery GB is proud to be supporting young members such as Jack Sharpe who, despite being diagnosed with right temporal lobe epilepsy, started shooting in the summer of 2015 and became a Young Ambassador for archery in March 2019. 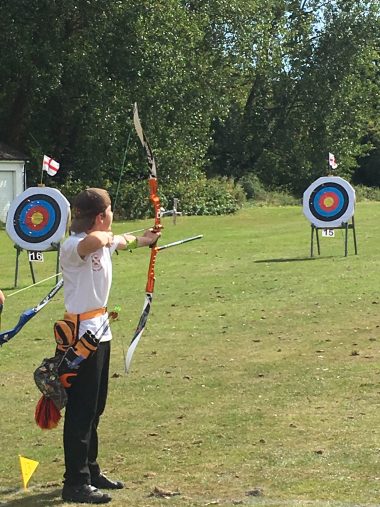 Jack has never worried that his health has negatively impacted his inclusion in the sport and says the biggest thing the sport has given him is the ability to be himself.

He enjoys sharing his sport with people who have never tried it and cannot wait to be old enough to take his first coaching course as introducing others to the sport he loves is something he would particularly like to do at the earliest opportunity.

The inclusivity of the sport can be demonstrated in many ways and over the coming months Archery GB will be sharing real life case studies highlighting how easy it is to take a beginner’s course in archery and its universal appeal to diverse audiences as it breaks down barriers in society to the benefit of all.

The funding covers the Athlete Performance Award for four Olympic and 12 Paralympic Performance Archery athletes – contributing to their living and sport’s costs and allowing them to be full-time professional athletes.

Warriors back ‘no relegation’ plan