Band on the Run: How Macca's masterpiece marked him out as a solo success

A TERRIFYING knifepoint robbery where the demo tapes and lyric sheets were stolen, two of the band quitting on the eve of recording, collapsing during the sessions being produced at a sub-standard studio, and a run-in with a hostile political activist.

All of these incidents plagued the creation of Band on the Run, yet Paul McCartney later dismissed the “strength through adversity” theory behind the success of what remains his most acclaimed album outside of The Beatles.

McCartney is right to reflect that while he and what was left of his band Wings ‘found themselves in times of trouble’ the LP would still have been a critical and commercial hit regardless.

James Iles looks at the making of Macca’s masterpiece.

‘M’ is for McCartney

The year is 1973 and, after the first two albums by Paul McCartney and his new band Wings ‘Wild Life’ (1971) and ‘Red Rose Speedway’ (1973) met with varied receptions, he is looking to shake things up and get away from the UK, taking advantage of his label EMI’s global presence.

Lagos in Nigeria had an EMI studio (of sorts) and would offer a big change of scenery for Wings’ third long player (McCartney’s fifth since leaving The Beatles).

Having recently registered an international hit with the James Bond movie theme to ‘Live and Let Die’ (1973) that had given him a credibility stock rise, he was primed to get back in the studio again. The single ‘Helen Wheels’ – a play on the name of the McCartneys’ family Land Rover – immediately preceded the LP but was not originally on the UK release.

Meanwhile, his three former Beatles bandmates were embroiled in a bitter legal battle with the group’s former manager Allen Klein – the man whose business dealings led to McCartney formally quitting the band back in 1970, sparking a falling out with John, George and Ringo.

Buoyed by this apparent moral victory and a new-found feeling of creative liberation, there is a definite thread of escape and freedom in the nine songs featured on ‘Band on the Run’.

“It’s a kind of prison escape,” McCartney later told Melody Maker. “At the beginning the guy is stuck inside four walls, and eventually breaks out. There is a thread, but it’s not a concept album.” 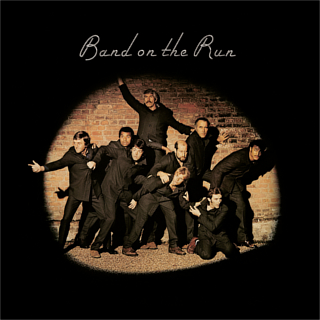 The famous album sleeve for Band on the Run, features Paul and Linda McCartney with Denny Laine as well as (from left) Michael Parkinson, Kenny Lynch, James Coburn, Clement Freud, Christopher Lee and John Conteh in the photograph by Clive Arrowsmith, depicting them as convicts caught in a prison searchlight.

However, problems flared up when guitarist Henry McCullough and drummer Denny Seiwell quit Wings before the band had even boarded the plane, leaving Paul and Linda McCartney and guitarist Denny Laine as a three-piece.

The trio pressed ahead, supported by The Beatles’ engineer Geoff Emerick, flying out to Africa hoping on a tropical sunny retreat for the daytime and recording sessions by night.

Instead, they landed in a Nigeria gripped by a military dictatorship, poverty and disease. It was also their rainy season.

With no drummer, McCartney played the kit himself, as well as taking on the lead guitar parts, in addition to his usual roles as bass player, pianist and lead vocalist.

To make matters worse, when they got out there they found the studio fell well short of the kind of standards they were used to at the plush surroundings of Abbey Road.

Then, while out walking one evening, Paul and Linda McCartney were robbed at knifepoint, the thieves taking their valuables, together with his lyric sheets and the LP demos. The demos have never resurfaced (they would likely be worth a fortune now) and were probably erroneously recorded over.

Later on, during a recording session, Paul ended up gasping for air and went outside to try and breathe. However the African heat exacerbated his condition and Linda even feared it was a heart attack. Thankfully it turned out to be a bronchial spasm brought on by too much smoking, but it was a big scare nonetheless.

No wonder then that ‘Jet’, a full-throated rock belter named after one of the McCartney’s Labrador puppies, was recorded later, at George Martin’s AIR Studios, upon their return!

While in Lagos they were also confronted by Afrobeat legend and political activist Fela Kuit who publicly accused them of ripping off the the indigenous music. Quit was invited to the studio to hear for himself this was not the case

The tension of McCartney’s time in Nigeria is etched into the opening lines to ‘Band On the Run’ “Stuck inside these four walls, Sent inside forever, Never seeing on one nice again…” 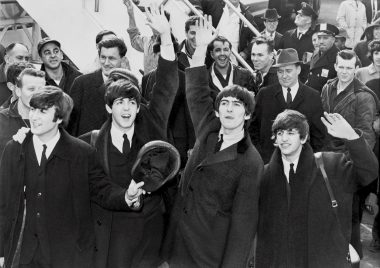 Band on the Run – Paul McCartney’s idea for the title was a reference to trying to escape from The Beatles and the lyrics use a phrase once coined by George Harrison. (s)

Similarly, the line “If we ever get outta here..” could refer to both the local troubles and the final days of the Fab Four. Indeed, McCartney based that lyric on a comment made by George Harrison during a lengthy Apple Records meeting.

Later on in the track, McCartney is more hopeful as the song – which is pieced together in sections, not unlike ‘A Day in the Life’ – hails a liberating crescendo: “The rain exploded with a mighty crash as we fell into the sun.”

The title track, like the LP as a whole, begins with a sense of entrapment but heads for freedom, meandering towards liberty.The escape route takes in the brilliant whimsies of ‘Mrs Vandebilt’ which was released as a single in some countries and ‘Nineteen Hundred and Eighty-Five’ which finished the album with a brief reprise of ‘Band on the Run’.

‘Bluebird’ is a romantic calming influence on the opening tensions, while ‘Mamunia’ adds a chilled-out philosophical groove comparing the rainfall to the cycles of life.

‘Let Me Roll It’, with its powerful organ chords, heavy reverb vocals and signature guitar riffs is one of McCartney’s finest solo tunes and drew comparisons to the sound of John Lennon at the time, wrongly being thought of as a tit-for-tat attack on his old bandmate.

The album was pretty much finished in six weeks, save adding folkey blues chanson ‘Picasso’s Last Words (Drink to Me)’ which was recorded at former Cream drummer Ginger Baker’s ARC Studio in Ikeja.

Baker also played on the track, which closes out with a slow reprise of ‘Jet’, fused with itself in another cleverly combined composition.

On returning to the UK they converted the eight track recordings to 16 tracks at George Martin’s AIR Studios, adding overdubs too.

Legendary producer Tony Visconti wrote string arrangements for a 60-piece orchestra whose efforts were added to songs such as‘No Words’, ‘Jet’ and the title track, while Howie Casey put saxophone solos on ‘Bluebird’ and ‘Mrs Vandebilt’. 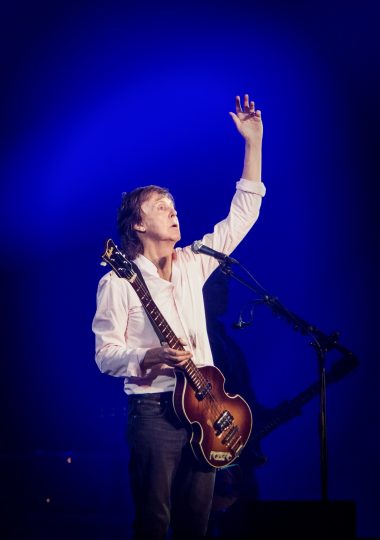 ‘Band on the Run’ helped to mark McCartney out as the most commercially successful of the former Beatles, eventually selling more than 7million copies worldwide.

The LP, powered to the top of the charts thanks to success of the singles ‘Jet’ and the title track. It got to No.1 in both America – where it was certified triple platinum – and the UK where it went platinum and became EMI’s best-selling album of the 1970s.

Acclaimed as a masterstroke that embraced a diverse range of great songs, the album was also hailed for its use of the synthesiser as a real instrument rather than a gimmick.

‘Band on the Run’ was the album fans and critics always hoped McCartney would go on to make post-Beatles and is still regarded by McCartney himself as his finest solo LP.

My top three McCartney & Wings ‘Band on the Run’ tracks

• Check out James’ ‘M is for McCartney’ Band on the Run and ‘Best Of’ playlist on Spotify at https://open.spotify.com/playlist/1V9TCHGZFGaAbS5BIF9cQp