New Order: Twelve of the best tracks from the masters of the 12 inch

FORMED in 1980 out of the ashes of Joy Division, New Order are an indie band who crossed the rubicon to popular chart success – even reaching the No. 1 spot, with England’s 1990 World Cup anthem ‘World in Motion’.

One of my favourite groups, their success was once the cash cow of Manchester’s infamous Factory Records label and Hacienda nightclub whose dance music influenced, and was influenced by, the band.

New Order are renowned for their uncompromising long mixes of songs, indeed all 7 minutes and 29 seconds of ‘Blue Monday’ went on to become the biggest selling 12” single of all time.

With that in mind, James Iles looks at 12 top tracks from the masters of the 12” record.

‘N’ is for New Order

The New Order line-up today is Bernard Sumner on vocals and lead guitar, Stephen Morris on drums, his wife Gillian Gilbert on keyboards plus Phil Cunningham on guitars and keyboards and Tom Chapman on bass.

The band was originally formed in 1980 by Sumner, bassist Peter Hook (who left in 2007) and Morris after the demise of Joy Division, following the suicide of lead singer Ian Curtis. Gillian Gilbert, who was then Morris’ girlfriend, joined later that year.

New Order’s sound was borne out of the post-punk years, blending electronic and dance music which gave them a wide appeal.

The hallmark punky guitars of Sumner and synths and sequencers of Gilbert are underpinned by Morris’ high-energy, hi-hat-driven drumming and Hook’s five string bass melodies that are forever etched upon their classic songs.

Despite a couple of hiatuses and some line-up changes, they are still a relevant force four decades years later, having released their tenth studio album ‘Music Complete’ in 2015.

True to their alternative roots, many of New Order’s singles never featured on their original LPs, even though several charted well, reaching the UK Top 10 and Top 20, and many even got to No.1 in the Independent Charts.

Here’s twelve tracks that trace a journey from their early years in the shadow of Joy Division to their current lofty perch as godfathers of the electronic music scene:-

‘Ceremony’ (1981) – New Order’s first single is a re-recording of the last Joy Division single and is testament to what they were about to achieve until Curtis’ death on the eve of their first American tour.

Sumner stepped up to take over the lead vocals while Gilbert, who had just joined the band, played guitar. Martin Hannett was again the producer.

Principally built around the chords C major and F major, the song opens with some pretty intense hi-hat sixteenths and tom drums cascading around Peter Hook’s bassline that pushes up into the treble clef scale.

It’s the classic Joy Division feel but, with Bernard’s vocals and a more processed guitar tone, it’s lighting the way to the more polished sound we know as New Order.

‘Temptation’ (1982) – Fading in with its famous “ooh oohs” and some chaotic guitaring layered over a sequencer and electronic drums, ‘Temptation’ marks that transition to the more electronic vibe of New Order.

Sumner’s vocals sound more confident, though this is achieved with heavy effects.

‘Blue Monday’ (1983) – The greatest selling 12” of all time, has notched up some 3million global record sales and it truly changed the direction of not just New Order but also brought dance music to the indie/rock scene in an era-defining way.

From the famous semi-quaver kick drum Oberheim drum machine intro to synth bassline, programmed on a home-made sequencer by Sumner, and Hook’s bass guitar lead to Gilbert’s manic synth stabs, ‘Blue Monday’ is both a club and pop chart classic that has been re-released a few times since.

The original release did lose money though as the intricate sleeve design, featuring a 5 1/4 floppy disk, was so costly to produce and they simply didn’t expect it to be such a global hit.

‘Thieves Like Us’ (1984) – Taking its name from the 1974 namesake movie, the group’s dance floor dalliances led them to co-write and produce with the legendary New York house maestro Arthur Baker.

Despite the house music associations though, ‘Thieves Like Us’ is a more serene affair – a love song with lots of orchestra synth samples and catchy instrumental sections which meant it was often used for incidental music on 1980s TV shows.

‘The Perfect Kiss’ (1985) – The perfect New Order track? Lyrics of love and death that are more poetry than any tangible tale, Hooky’s trademark basslines, computer-driven sequences, sweeping synth chords, and a high energy beat make this a star turn in the New Order back catalogue.

The lyric “Pretending not to see his gun, I said ‘let’s go out and have some fun’” sounds typical of the devil-may-care party animal attitude of the group at the time.

Utilising the Fairlight sampler system for the orchestra hits and as a sequencer for the whole song, the track explodes into life with earnest enthusiasm in the lyrics: “Every time I think of you, I feel a shot right through with a bolt of blue”.

With a great chord progression, multiple gorgeous layers of computer-programmed arpeggios and orchestra samples and even a vocoder part, it’s a synth-pop opera and a nailed-on classic.

‘True Faith’ (1987) – Co-written and co-produced with Stephen Hague, who had contemporaneously been enjoying chart success with Pet Shop Boys, ‘True Faith’ was quite rightly a big commercial hit that got to No.4 in the UK in the summer of 1987, and preceded the hugely popular ‘Substance’ compilation album. 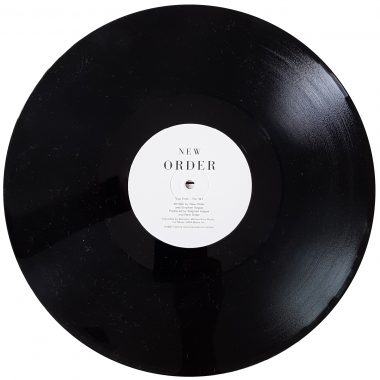 One of their best songs thanks to its catchy hooks and Sumner’s reflective words, it is backed by another corker in ‘1963’ that, in a parallel universe, is surely the ‘A side’. Both songs were borne out of a 10-day writing and recording session with Hague that can only be reviewed as a week and half well spent.

The accompanying surreal music video with two men slapping each other in time to the beat is almost as memorable as the song itself. 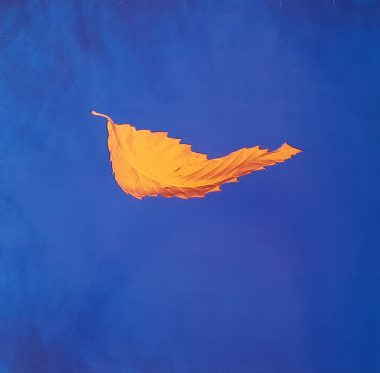 ‘Vanishing Point’ (1989) – There’s so many stellar tracks on ‘Technique’, the Ballearic-influenced masterpiece that is also my favourite New Order LP and this one should have been a single, being just as catchy as from ‘Fine Time’ and ‘Round and Round’.

Steeped in the hedonism of Ibiza’s acid house and ecstasy scene, Sumner strikes a sombre tone in the lines: “My life ain’t no holiday, I’ve been through the point of no return” achieving the duality of an upbeat euphoric tune with a cautionary lyric.

‘Regret’ (1993) – New Order’s first single after the collapse of Factory Records was a critical and commercial hit, reaching No. 4 in the UK, and followed their No. 1 hit with the England football team in 1990. Another collaboration with Stephen Hague, it was a powerful return to the charts for the group, and who can forget that Top of the Pops video filmed at Venice Beach with the stars of Baywatch?!

‘Crystal’ (2001) – Arguably their best single since ‘True Faith’, ‘Crystal’ saw an older and wiser New Order swagger into the new millennium with purpose and musical authority, reaching No.8 in the UK singles chart.

It remains a live favourite and the fictional band in the video for the single were called ‘The Killers’, inspiring the real band to use the same name.

‘Krafty’ (2005) – With a nod to Kraftwerk in the title and in the sonics, this is an upbeat belter that heralded the new album ‘Waiting for the Sirens’ Call’.

‘Superheated’ (2015) – A duet with New Order superfan Brandon Flowers, this gorgeous, uplifting and unashamed slice of pure pop is a joy to listen to and only just pips ‘Tutti Frutti’ and ‘Restless’ from the brilliant ‘Music Complete’ album on to the list for me. More of the same please.

* Check out James’ New Order playlist featuring these 12 tracks together with remixes and live versions to give you a fuller flavour on Spotify at shorturl.at/guC36.

Skin creams dried on fabric can lead to fire deaths