THE amazing, Bafta-awarding winning Lucy Worsley is on her to the Palace Theatre in Redditch with her factual show Queen Victoria – Daughter, Wife, Mother and Widow.

Lucy has blazed a trail across out TV screens, debunking the precious myths of America (and joining a cheerleaders marching band in the process), dressing up on every occasion in seemingly every era and now doing her own irrepressible take on Queen Victoria, the monarch whose life and times still have a massive influence on modern Britain today. 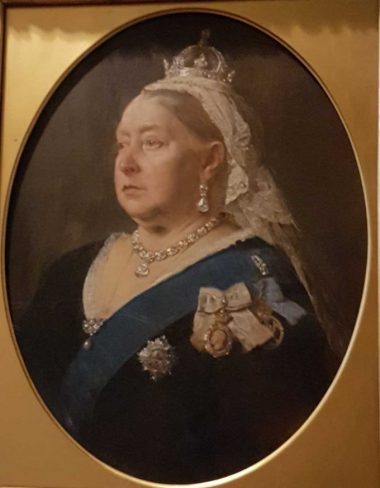 Even better, Lucy, who doubles her role as a TV historian and presenter with being the Joint Chief Curator at Historic Royal Palaces, will arrive fresh from winning a Bafta in the specialist factual category for her involvement in a programme on the Suffragettes last year.

She’s also recently been on our screens looking at the life and legacy of Victoria through music – in fact it’s a programme you can still see on catch-up.

For Redditch she’ll be lifting the lid on a woman often portrayed as a little old lady, spherical in shape, dressed in black and perpetually grumpy. Right?

Well she’ll be out to make people think again with her portrayal of a complex, contradictory woman, who had a traumatic childhood, who loved dancing, who suffered calamity and bereavement, before coming out the other side as an eccentric, powerful and really rather magnificent old lady.

GARDENING TIME: How to combine veg and flowers in pots

Hot Dogs: Keeping your beloved pooches safe during the heatwave