BOY Band star Lee Brennan will be taking on the dual roles of The Count of Monty Don and The Beast in this year’s enchanting family pantomime Beauty and the Beast at the Palace Theatre this festive season.

Lee is best known as a member of the boy band 911, who were known for their break-dancing, back-flips and catchy pop tunes.

The band became one of the biggest pop acts of the 90s and sold more than 10 million records worldwide, including four studio albums and 13 singles.

They played to sell-out arenas on their tours of the UK, Europe and Asia, delighting up to 70,000 fans in Singapore alone and headlined the legendary Smash Hits Tour in 1998.

After announcing their split live on The Chris Moyles’ Show on BBC Radio One, the band reformed in 2013 for ITV2’s fly-on-the-wall documentary, The Big Reunion. 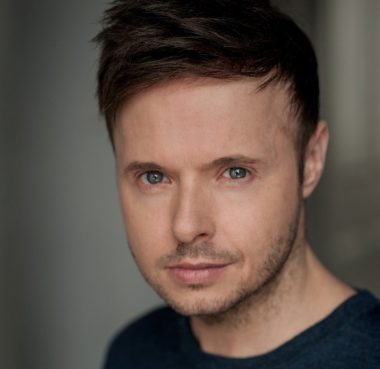 The show ended up being ITV2’s biggest debut show for seven years with two million viewers a week glued to all the band’s stories.

The Big Reunion went on tour with Lee and the lads performing to more than 200,000 people during two huge arena tours with Five, Atomic Kitten, B*Witched, Blue, Honeyz and Liberty X.

Early in 2020 and also in September 2021, 911 marked their 25th anniversary as a group by once again performing to sell-out crowds throughout the UK with their The Boys Are Back tour, alongside Five, A1 and Damage.

911 were one of only five acts in the 90s to achieve ten consecutive UK Top Ten hit singles, eight of which were Top five hits and included their platinum selling number one single, A Little Bit More.

An accomplished songwriter, Lee co-wrote many 911 songs and also co-wrote the smash hit single ‘If you Come Back’, released by fellow boy band Blue, which sold over a million copies worldwide.

He is pleased to be back with PHA, having previously headlined as Aladdin (Leeds and Chesterfield), Peter Pan (Derby) and Prince Charming (Folkestone).

This year’s panto runs from Monday, December 5 to Saturday, December 31 at the Palace Theatre, Redditch, and tickets are available now in person or at the box office on 01527 65203 or buy online at www.redditchpalacetheatre.co.uk