AREAS ‘adopted’ by people helping to care for their local environment will have new anti-littering signs erected in them, in a new campaign backed by Redditch Borough Council.

Whether it’s part of a street, green space, or popular pathway that’s been adopted, from next Monday, March 25, the new ‘Adopt an Area’ scheme will show passers-by that local people are caring for that area.

Councillor Brandon Clayton, the council’s portfolio holder for environmental services, said: “With the Great British Spring Clean just round the corner we are recognising all the people out there who are helping keep Redditch tidy and taking pride in their local community. 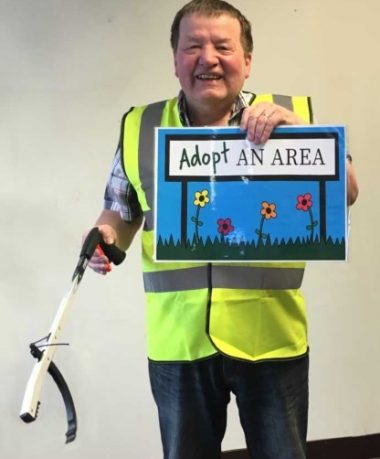 “Most people agree littering is socially unacceptable, and when it’s seen that it’s not just the council but also local people who are trying to combat litter I hope that feeling will be strengthened and we’ll see less litter dropped.”

Adopt an Area is the latest in a long tradition of borough council support for civic-minded volunteers, whose efforts complement and enhance the council’s ongoing cleansing and grounds maintenance programmes.

Anyone committed to tackling litter, from residents to schools, charities, community groups or businesses, can take part.

Under Adopt an Area people choose the area they want to ‘adopt’ and register it with the council.

They then receive the guidance, equipment, and collection services for larger quantities of litter and special signs for their adopted area telling people of its new status.

The simplest way to do this is to search online for Adopt an Area in Redditch, or you call the Environmental Services team on 01527 881188.

It’s being launched alongside Keep Britain Tidy’s Great British Spring Clean, which sees many anti-litter activities renewed nationwide and runs this year from March 23 until April 23.

This week’s letters: Traveller writes in to thank Redditch people for being kind

“Where will they go to school?” Anger at plans for 265 new homes