'ALL rough sleepers' in Redditch housed amid Covid-19 threat

THE Borough Council and other local authorities in England have been asked by the Government to house all rough sleepers by the weekend – but Redditch is already ahead of the curve.

The council claims that all rough sleepers in the town were housed by Wednesday, March 25.

Councillor Craig Warhurst , the portfolio holder for housing, said: “We have been really proactive about this.

“The plight of rough sleepers is a great passion of mine and I think the threat of coronavirus has alarmed them and they don’t want to be out on the streets with that sort of threat around.

“I can’t praise the work of the team we have here in Redditch enough, they have been fantastic.” 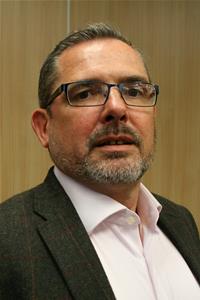 Craig said there were three known rough sleepers in Redditch but they picked up another three from out of town who they have also taken care of.

He added: “We’ve also re-housed all those in temporary accommodation because of the fear of hotels closing.

“We moved them into what had been previously void properties and we’re continuing to convert voids as quickly as possible as moving forward we want to provide more accommodation.”

Rough sleepers have faced a particularly tough time in recent weeks given the latest lockdown advice for people to stay at home.

They are also significantly more likely to have underlying health conditions – including respiratory problems – than the wider population.

Man arrested on suspicion of murder in Redditch

Cyclist dies in car crash on the A46 near Alcester

Driver killed in car smash on the outskirts of Alcester