REDDITCH Tories swallowed a large helping of humble pie at full council on Monday night, after trying to make political capital from three issues which should have been above politics.

And when their plans started to go awry they demanded a five minute recess, threatened a walkout if they didn’t get one, then returned to meekly hoist the white flag.

In addition the public learnt – in writing – that they didn’t seem to know the lead organisation for Remembrance Sunday – the Royal British Legion – or even the correct name of the august institution.

AT the heart of the disaster was a proposal by Councillor Tom Baker-Price (Con, Headless Cross & Oakenshaw) to exempt young people leaving care from paying council tax until they were 21, with discretionary transition payments up to the age of 25.

The measure had already been adopted by Worcestershire County Council and three districts were to introduce it said Coun Baker-Price, who added the cost to the council was likely to be small, with estimates of a four figure sum.

He put a deadline of six months on the measure and called for a named vote so the public would know who’d voted against it.

All well and good.

Coun Mark Shurmer (Lab, Lodge Park), whilst agreeing with the sentiment, warned this was really a matter for national government and that it could create a postcode lottery of those benefiting from the measure, not only in Worcestershire but across the country.

He proposed an amendment, that the council’s Overview & Scrutiny should examine the proposal and its implications within the six months and that the council should write to central government to raise the issue at a national level.

Nonplussed, the Conservatives accused Labour of delaying tactics, until it was pointed out all would be done within the six months stipulated.

It also became clear Coun Baker-Price hadn’t done his sums, particularly after Coun Pat Witherspoon (Lab, Church Hill) who has had a long and distinguished career in social services, said that Redditch, unlike other county districts, had 136 children in care, so costs were likely to be much higher. 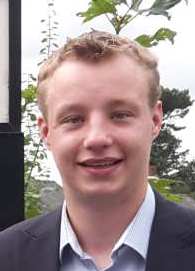 Outflanked, Tory deputy leader Coun Brandon Clayton (Con, Astwood Bank & Feckenham) demanded a five minute recess and threatened a walk out if he didn’t get one.

Already on his feet, he was urging his colleagues to get up too as the Mayor considered her decision.

Coun Paul Swansborough then raised his hand and proposed that the Conservative Group be given their five minute recess in the interest of democracy and good debate.

The Mayor accepted this ‘in the interests of democracy’.

When they trooped back they quickly fell into line. Coun Baker-Price saying: “I think it is right to accept this amendment. I believe in this policy and I believe this is the way forward. This is a very proud moment for me and I thank the Labour Party.”

EFFORTS by the Conservatives to tackle Labour the 100th anniversary of Armistice Day also badly backfired.

For politicians who like to see themselves as the party of Queen and Country, the Tories made an embarrassing omission, missing the ‘Royal’ from Royal British Legion in their motion.

Proposed by Tory leader Coun Juliet Brunner (Con, Matchborough), who was absent on the night, and described by seconder Councillor Gareth Prosser (Con, Crabbs Cross) as ‘difficult to amend’ they called on the council to work with the ‘British Legion’ to organise a parade befitting such an historic occasion, for the council to sort out road closures and to cleanse and refurbish the St Stephen’s and Peace Garden war memorials.

Coun Greg Chance (Lab, Central) replied the issue was way above party politics and point scoring and proposed an amendment for the council to continue to work with the Royal British Legion, to refurbish the war memorials in conjunction with the War Memorials Trust, and to continue to support any road closures necessary.

“We must remember who is the lead organisation in the remembrance parade and that is the Royal British Legion,” said Council Leader Bill Harnett.

THE Conservatives fared equally badly with a call for Coun Hartnett, Leader of the Council, to host an ‘Equalities’ event with Tory leader Coun Brunner to mark the 100th anniversary of women getting the vote.

Coun Hartnett (Lab, Church Hill) said such an event was already being organised by the authority’s Unison branch secretary Laney Walsh and all members of the council were invited to attend and celebrate it.

Would the Conservatives forget the idea of their leader hosting such an event? Yes they would: Deputy leader Coun Brandon Clayton (Con, Astwood Bank & Feckenham) replying: “It is gratifying that Laney and Unison are doing this because this is a fitting tribute to the anniversary and if it’s a joint event then I will welcome it.”

REDDITCH Conservative Councillor Gay Hopkins (Con, Headless Cross & Oakenshaw) will not be standing in the forthcoming local elections in May.

Coun Hopkins has served the people of Redditch for nine years as councillor.

Deputy leader of the local Party, Councillor Brandon Clayton, said: “She is stepping down. She is in her 70s and has decided to retire as I understand it.”