THERE were cakes galore at the Redditch LGBTQ Support Services Bake Off event at Winyates Craft Centre last weekend.

Organised by Karen Butler-White and Councillor Joe Baker, it saw some stunning creations presenting judges Shelley Millward of Magicakes and Redditch Councillor Bill Hartnett with some difficult decisions to make.

However a stunning Moon cake featuring the rainbow flag on Earth’s nearest neighbour by Robert Jankowski that won the day with Julie Palmer second and Finlay Marshall in third. 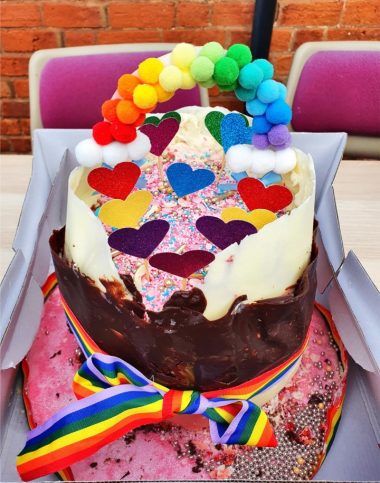 A chocolate basket of delights.

“Congratulations to everyone who took part and supported the Redditch LGBTQ Support Services Bake Off,” said Coun Baker.

“It was lovely to see so many supporters and massive thanks to Bill Hartnett, Shelley Millward and Karen Butler-White and of course Bev Allington from Morrisons for donating the hamper for the raffle.”

Mor than £100 was raised from the event which will be put into funds for next year’s Redditch community Pride event. 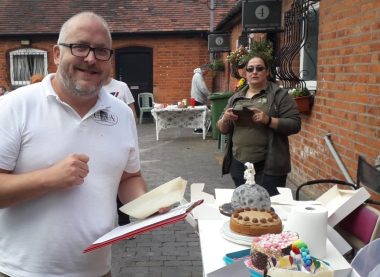