MP Nadhim Zahawi will be answering questions from local residents about increased traffic along the A4189 between Redditch and the A46 junction at a public meeting this Friday, January 31.

The Conservative Party MP for Stratford will be at Ullenhall village hall at 11am and his talk comes amid growing concern at the volume of cars and lorries coming off the A46 and going through Claverdon and Henley-in-Arden and heading for Redditch and vice versa.

It’s also been found that traffic is diverting up Ullenhall Lane to access the A435 at the top of Gorcott Hill by the new Redditch Eastern Gateway development.

County Councillors and Warwickshire officers will also be there in what is expected to be a lively meeting. 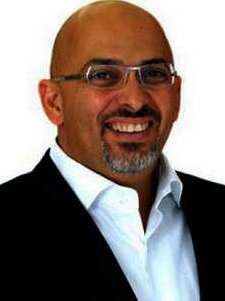 Meanwhile the disruption caused by the Gateway is set to continue in the months ahead with the closure of the A4023 Coventry Highway from the McDonald’s island to the A435 at Gorcott Hill.

The road is expected to be shut for five weeks in April and May for the installation of traffic lights serving the Gateway development.

And there’s anger that the suggested alternative route will take traffic back through Redditch along the Coventry Highway to the Alvechurch Highway, then out the Warwick Highway to the Dog Island at Mappleborough Green and then up the A435.

“As local residents I want to know why they’re not telling drivers to come off or join the M42 at Junction 2 of the M42 rather than sending them to the Dog Island which is already at saturation point,” said Mappleborough Green Parish Councillor and local school governor Maureen Berry.

“They need to avoid the area, not send more traffic into it.”