THE doctor who set up Woodrow Medical Centre in 1984 has spoken of his fears for the well being of local people following the decision to permanently close the centre on December 31.

And he claims he is the victim of a drive to close the practice ‘at any cost’.

Dr Saba Ananthram started the surgery from a terraced house in Doverdale Close and saw it develop into the medical centre which, as late as November 2017, had been rated as ‘Good’ by the Care Quality Commission (CQC).

Five months later he found himself before Redditch Magistrates as the CQC moved to cancel the centre’s registration to practice, citing the risks it presented to patients, including unsafe practice, insufficient staffing, a lack of clinical leadership and a failure to manage risks.

Dr Ananthram says he was given less than 24 hours to prepare his defence by the CQC.

Since then the practice has been run on a temporary basis but from the new year its 3,800 remaining patients will have to find a doctor elsewhere with three surgeries, at Winyates Health Centre, Crabbs Cross Surgery, and The Medical Centre Crabbs Cross suggested as alternatives.

“The most galling thing is that in 2017 when they inspected, it’s all good according to the CQC, even NHS England raised no major concerns,” said Dr Ananthram. 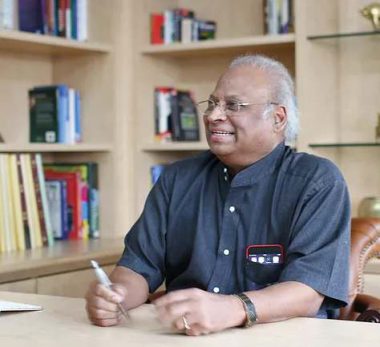 “From a CQC rating of ‘Good’ there is ‘Requires Improvement’ and in the worst case scenario it’s ‘Special Measures’ but they did not consider those, instead they closed it down.

“I was no long the lead doctor and was only practicing to keep my licence. In February 2018 I was asked when I would be retiring and I said February 2019 and they said, ‘what about now?’.

“I’m not stupid or foolish – they looked back over 33 years and found one or two things, yes we had a backlog, no question about it, but we knew the patients.

“However I take full responsibility for the outcome, but why didn’t the put us in Special Measures?”

Dr Ananthram said the centre had been under pressure for a number of years with his health funding for it gradually being cut from £37,000 to £24,000 per annum to the extent that he was actually subsidising the running of it.

Doctors surgeries in Redditch are organised through Redditch and Bromsgrove Clinical Commissioning Group which has said to be viable a doctors surgery needs in the region of 6,000 patients. Woodrow has 4,000.

There are currently four practices in the area with less than 6,000 patients however their numbers will be expected to increase with the closure of Woodrow.

“My concern is with the patients – they are being deprived of local medical care and I feel they have been needlessly frightened by all that has gone on,” said Dr Ananthram.

A spokesperson for Redditch and Bromsgrove CCG said “We have worked hard to try and keep the Woodrow surgery open after the CQC raised considerable concerns regarding the standard of care previously provided.

“The CCG approached all practices in Redditch and Bromsgrove to see if any wished to take over Woodrow surgery or run it as a branch surgery.

“Unfortunately none did and given the relatively small size of the surgery and the wide geographical area of patients, a decision was made to disperse the patient list to other surgeries in Redditch.”

The CQC said their findings from Woodrow Medical Centre were available online at https://www.cqc.org.uk/ .