AN 84-year-old Redditch woman has sworn she will never return to Worcestershire Royal Hospital after spending an entire night on a trolley there as she waited for a bed.

Margaret Yahya of Matchborough had earlier waited for three hours in an ambulance parked outside the hospital’s Accident & Emergency department waiting to be admitted through the doors.

“The ambulance crew were very nice, they couldn’t apologise enough,” said Margaret, a carer for her partially-sighted husband.

Once inside she says she had to rely on relatives of other patients in the corridors to fetch her a drink of water to take her tablets as hard-pressed staff shuffled patients in and out of examination rooms and along different corridors. 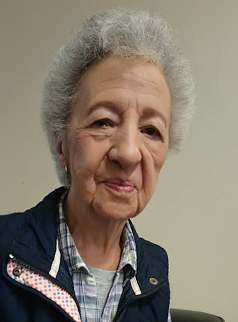 On a trolley overnight: Margaret Yahya.

The following day staff felt she was well enough to sit in a chair, where she remained for two hours, while they waited for a bed for her.

“I hadn’t had a wash or something to drink, and I had no clothes to change into either, yet when my daughter rang up after me they told her ‘don’t worry we have everything here,’” said Margaret.

The same day, having been given the all clear to go home, Margaret’s husband wanted to send a taxi to collect her, but given the cost, she refused to entertain the idea.

Instead, while her son Mana looked after his dad, her daughter Amina, who lives in Birmingham, drove to the Royal, only to spend an hour there trying to find their mum.

“No one knew where I was – it was completely ridiculous,” said Margaret.

A further hour was then spent waiting at the pharmacy for a prescription before the nightmare was finally over.

“They told me I would have to come back for another scan, but my daughter said I wouldn’t be coming back to this hospital again, and I won’t.”

Margaret was taken ill with a bleed in the early hours of Wednesday, August 8.

She went to the Alex where she was examined by two doctors.

“They were absolutely brilliant, very caring. They took me up to a ward but were worried about me so I was transferred to Worcester,” she said.

A spokesperson for Worcestershire Acute Hospitals NHS Trust said: “In common with many Trusts, we continue to face very high levels of demand for our urgent care services.

“Despite our best efforts, this does mean some patients have to wait longer than we would wish to be admitted.

“While we are unable to comment on individual cases, we would welcome the opportunity to discuss any issues around Mrs Yahya’s care, and would encourage her to get in touch.”