POLICE have renewed their appeal for witnesses to a car crash in which 28-year-old pedestrian Hannah Smith was killed.

The incident happened at 5.45am on Bank Holiday Monday, August 26 on Auxerre Avenue in Greenlands and police are anxious to speak to the driver of a blue Ford Fiesta car seen there at the time.

The driver of the Toyota Avensis, a 34-year-old man, was arrested on suspicion of causing death by dangerous driving. He has since been released under investigation. 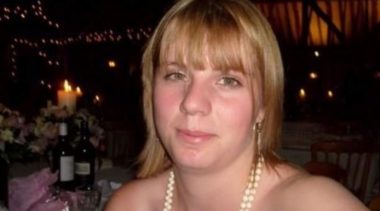 Sergeant Owen Atwell from West Mercia Police said: “While investigations are ongoing, we are appealing for any witnesses who may have been in the area at the time of the incident and may have dash cam footage to please come forward.

“We would particularly like to speak to the driver of a blue Ford Fiesta car, believed to believe a 2013 or later sports technology (ST) model who was seen driving down Auxerre Avenue at around the time of the incident as we believe they may be a key witness and could help with our enquiries.

“Our thoughts remain with the victim’s family at this difficult time.”

Paying tribute her family said: “Hannah, not only were you our daughter and sister, you were also our best friend.

“You were kind, caring and would do anything for anyone.

“You made us laugh and cry and you will be missed in our hearts and thoughts now and always.

Her family and friends have asked for their privacy be respected.

Anyone with any information is asked to call West Mercia Police on 101 quoting incident number 133s of 26 August 2019.

Alternatively, information can be given anonymously to the independent charity Crimestoppers on 0800 555 111 or via their website.

Remembering Lizzie: Change of venue blow to friends’ ‘run past’