A UNIQUE four-legged tribute has been paid to staff at Worcestershire Royal Hospital through a litter of puppies set to start their training to become West Midlands Police dogs.

Force bosses decided to theme the new pups’ names on ‘NHS heroes’ and one of the litter is to be called ‘Royal’ in recognition of the doctors and nurses who saved the life of West Midlands Police Chief Superintendent Phil Dolby when he contracted coronavirus.

The Chief Supt suggested the name for one of the pups after receiving ‘tremendous care’ from the Royal’s staff after he was admitted on March 29, spending a fortnight in intensive care battling the virus.

At one point the dad-of-three was placed on a ventilator as oxygen levels in his blood plummeted and he was unable to breath for himself.

His wife Mary said: “We can’t express enough our gratitude for the doctors and nurses at Worcester Royal. 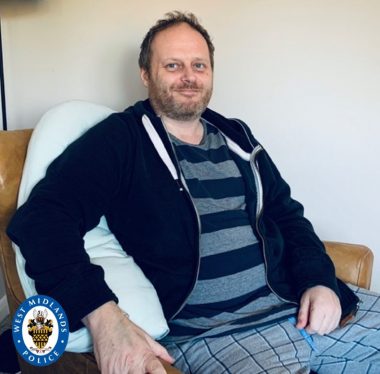 A recovering Chief Supt Dolby recovering back home after his battle with coronavirus.

“Without their care and medical expertise we wouldn’t be welcoming Phil back home.

“I can’t put into words how thankful we are.”

West Midlands Police received thousands of names for the trainee PDs and had the difficult task of whittling them down to just seven.

The most popular was ‘Captain Tom Moore’ – after the soon-to-be centenarian who has become JustGiving’s biggest ever fund-raiser, collecting more than £28million for the NHS after walking 100 laps of his garden before his 100th birthday on Thursday.

The rest will be called Doyle, Prayer, Angel, Florence, Hope and Rainbow.

The five-week-old puppies will soon go to the homes of their puppy walkers and embark on the force’s world renowned puppy development programme.

They will be ready for action next year.

West Midlands Police thanked everyone who got involved in the naming process, adding the chosen ones really captured the spirit of the NHS and the incredibly vital job they have been doing to help everyone through this pandemic.