In the direction made to the two forces under the Police Act 1996, the Home Secretary supported Warwickshire Police’s request for further time to resolve outstanding issues between the two forces, to ensure there is a smooth transition for both towards their post-alliance futures.

The Home Office will also provide support to the two forces to identify independent expertise to assess and agree the costs of termination and transition.

Joint services which had already been set up to operate on a standalone-basis by the original October 9 termination date will continue to revert to single-force operation in Warwickshire as planned.

The remaining joint services will continue under the Strategic Alliance Collaboration Agreement until the end of April 8, 2020 as per the Home Secretary’s direction, or by any earlier or subsequent separation dates mutually-agreed between the two forces. 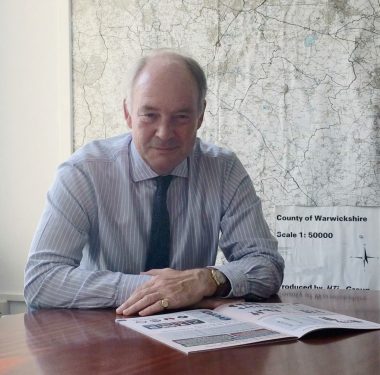 Warwickshire Police’s Chief Constable Martin Jelley said: “I welcome the Home Secretary’s intervention which means our joint services with West Mercia will continue to keep communities safe while we have further discussions on a timetable for transition.”

Warwickshire Police and Crime Commissioner Philip Seccombe added: “The six-month extension of the current collaboration agreement that has now been mandated by the Home Secretary will ensure that vital public services will continue unaffected while further discussions to provide a smooth exit take place.

“With the Home Secretary’s support we clearly now need to reset our negotiations with West Mercia and I look forward to having further talks with them, supported by experts from the Home Office.”

The Home Secretary became involved after Mr Seccombe wrote to her last week.

West Mercia Police, which had decided to break up the widely praised ‘strategic alliance’ with Warwickshire last year, had set a date of October 9 for the divorce to go through, but Mr Seccombe felt there were still areas of policing which couldn’t simply be separated by that date.

At the time Mr Seccombe said: “We are saddened that it should have ever been necessary to make this request to the Home Secretary.

“Warwickshire’s position from the outset has been that it would be unreasonable and unacceptable for either force to withdraw from joint services in a situation where the other was not ready to transition to new arrangements or whereby separation was not possible in a safe and orderly way.”

He also hit out at West Mercia over their efforts to achieve an amicable separation.

“Throughout the last 12 months of negotiations with West Mercia, we have remained focused on achieving an orderly separation which protects the interests of our communities and our workforce.

“We have made multiple offers to this effect, which have been refused on each occasion by West Mercia.”