The manifesto launched on Sunday, November 24 promises extra funding for the NHS, 50million more GP appointments per year, 20,000 more police on the streets and tougher sentencing for criminals.

With plans to recruit 31,500 more nurses and retain 18,500 already on the payroll, Mrs Maclean says it would provide an added boost for her campaign to return maternity and children services at the Alexandra Hospital.

“As a Conservative I believe in keeping taxes low, especially for working people who deserve to keep more of the money they earn.

The manifesto also reaffirms the Tories’ commitment to getting Brexit done by January 31, 2020.

With a majority Government, Prime Minister Boris Johnson’s deal will go through Parliament.

“I’m the only candidate in this election who wants to deliver what 62 per cent of voters in Redditch voted for – which is to leave.

“Labour does not want to deliver Brexit and the Lib Dems want to revoke Article 50 altogether.” 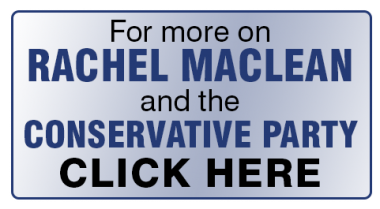