Rachel Maclean speaks out as Alex misses out on hospital handouts

REDDITCH MP Rachel Maclean has spoken of her deep disappointment that the local health trust which runs the Alexandra Hospital was not included in Boris Johnson’s £1.8billion one-off NHS cash boost.

However she held out hope that Redditch will get a share of a further £1billion in NHS capital spending.

Last month in the House of Commons Mrs Maclean had called on Mr Johnson to make the Alex and Worcestershire Royal Hospital, both run by Worcestershire Acute Hospitals NHS Trust, ‘number one and number two on the Prime Minister’s list of hospital upgrades’.

Instead the PM handed the money out elsewhere, with University Hospitals Birmingham – which runs the Queen Elizabeth Hospital – receiving £97.1m to new facilities to replace outdated outpatient, treatment and diagnostic units. 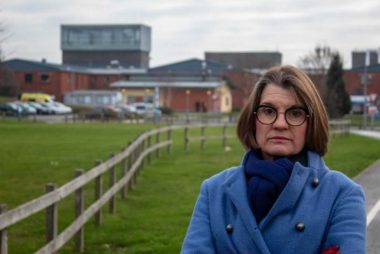 “In the time I had I did all I could to ensure the Alex was on the list of hospital upgrades.

“Although we didn’t get the outcome we wanted, the Prime Minister has also announced a £1billion boost to NHS capital spending, allowing existing upgrade programmes to proceed and tackling the most urgent infrastructure projects.

“I’ve already had conversations with the Chancellor, Sajid Javid, about this and how our hospitals can access this money, as well as making the case once again for services to be returned to the Alex. I look forward to working with my constituency neighbour on this.

“What we need to see now is the Acute Trust submitting its final business case for the rest of the £29million it was promised before I was elected.

“I’ve lobbied hard and the Trust has received almost half of this funding, but it now needs to get on and submit its final business case for the rest of this cash.

“I’ll be writing to the Acute Trust to find out when this business case will be submitted.

“As we’ve seen with previous business cases, once submitted the Department for Health & Social Care has approved the Trust’s bids within a matter of weeks.

“I will continue to work with the Government and local health bosses to ensure my constituents get the first-class healthcare services they deserve.”

Mrs Maclean was a loyal supporter of the previous Prime Minister, Theresa May, and in the battle for the leadership of the Conservative Party threw her weight behind Michael Gove, widely seen as the man who had spiked an earlier attempt by Mr Johnson to become Prime Minister.