A REDDITCH man has been convicted of selling fake football kits on social media.

After a raid on his home, 155 items of fake branded clothing, mainly adult football shirts and junior football kits, were discovered. 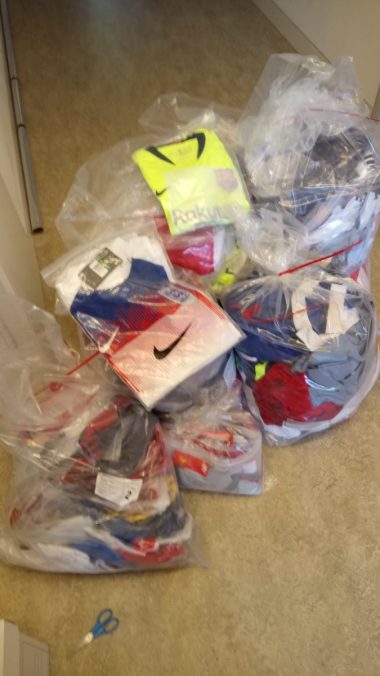 The total estimated high street value of the seizure was over £9,500.

The court heard this was not simply a hobby, there was evidence Young was selling the counterfeit goods on the internet and at markets.

Young was sentenced to a 12-month community order and was ordered to carry out 135 hours of unpaid work.

Worcestershire County Councillor Lucy Hodgson, Cabinet Member with Responsibility for Communities, said: “This is not a victimless crime – it damages legitimate Worcestershire businesses and the interests of those who own the intellectual property rights of the trade marks which are being copied.

“We urge the public not to buy counterfeit goods.

“Producers of these fake items are often involved in other serious crime and money laundering.”

She vowed the authority’s Trading Standards officers would continue to investigate those who choose to supply fakes in Worcestershire, whether it be at markets or online.

“They will have no hesitation in prosecuting those who harm Worcestershire’s economy,” added Coun Hodgson.

Anyone with any information about the sale of counterfeit goods should report it to the Citizens Advice Consumer Service on 03454 04 05 06.