Son of hero Redditch shopkeeper in plea to family and friends

A REDDITCH man is trying to get in touch with friends and relatives of his brave mum, Evelyn Hughes, who foiled an attempted robbery back in 1982.

Bryan Hughes was only 6-years-old when his mum laughed in the face of a hooded knifeman, who asked Evelyn to hand over cash from her grocery shop till.

Even though the Birchfield Road shop, known as E.W Hughes, is now long gone, Bryan says he’s keen to speak to anyone who may remember it or her.

“I was just a young boy at the time so I don’t remember much of what happened,” he said, “But the attempted robbery was big news in the town at the time.

“My mum used to tell me stories about it.”

Evelyn, who died in 2008 by her son’s side, had bluffed the raider into thinking she had company at the rear of her shop, resulting in him bolting down the road in fear of being caught.

In a newspaper report published in December 1982 Evelyn was quoted as saying she burst out laughing when she saw the man’s hoodie.

She also said it was the fifth time someone had tried to rob her grocery shop in 12 months. 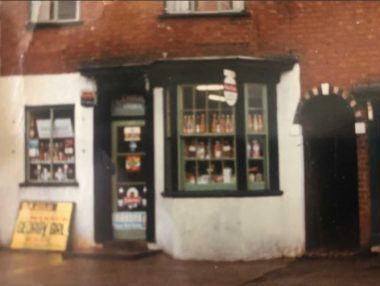 Mount Pleasant resident Bryan, now 43, added: “She lost contact with a lot of people over the years and therefore so did I.

“It would be good to speak to them again.

“I want to find out more about my family history and speak to people one-on-one about my amazing mum.”