THE oldest person in the UK, Redditch resident Hilda Clulow, has died at the age of 111-years-old.

Hilda, who was born on March 15, 1908, passed away peacefully on Christmas Eve 2019 in the company of her family and friends.

Hilda spent more than 50 years of her life retired after working as a dress maker in Balsall Heath.

Jackie Hayden, care assistant at Bowood Court & Mews, led the tributes this week after the care home revealed for the first time that Hilda had passed.

She said: “Even though we told her every day, I don’t feel like Hilda truly knew how much she was loved.

“I would ask her if I was her favourite carer and she would always smile and nod.

“Then I would hear another carer ask her the same question and she would respond in the same way.

“She was always making us smile and she will never be forgotten.

“It was a privilege to meet Hilda and to care for her.” 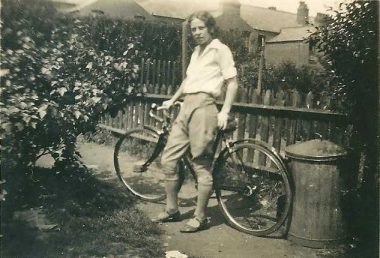 Hilda tied the knot with her husband Arthur when she was 29-years-old and together they had one son, Barry.

The couple went on to have seven grand and great-grandchildren who say they are all very proud of their ‘grandma’.

“I will never forget the honour of creating wonderful birthday celebrations for her and I’ll always remember her with a glass of sherry – her favourite tipple.”

The oldest person in the UK now is reportedly 111-year-old Bob Weighton who was born in Hull on March 29, 1908.