REMARKABLE Redditch resident Rob Rowberry is set to complete the final stage of a fundraising walk from Matchborough to the Royal Orthopedic Hospital (ROH) next Thursday, May 19.

Rob, who uses a walking stick to get around, will set off for the hospital, in Northfield, Birmingham, on Thursday, May 19.

He’s already completed two stages of the journey, from Matchborough to Alvechurch and from there to the Lickey Hills.

On the way he’s arranged free coffee for anyone assisting him on his walks and on May 19 will be striding out for the ROH. 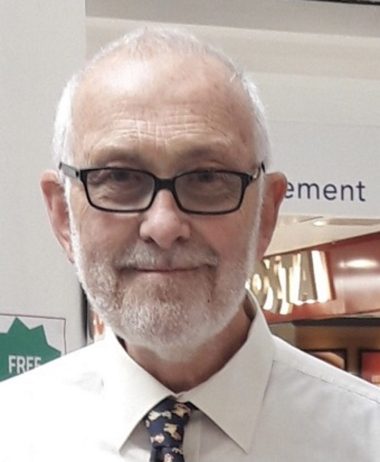 Rob Rowberry is walking from Matchborough to the Royal Orthopedic Hospital.

Rob decided on the 15 mile trek as a thank you to the hospital, where he underwent seven hip replacements.

He particularly wants to pass on his gratitude to Dr Andrew Pearson, his surgeon who was oversaw most of his operations.

Rob described Andrew as a “brilliant man” who had helped him so much in through his surgery.

He said: “Andrew was so great with me that I had to do something to show my gratitude.”

So far he has raised more than £1,300 for the hospital through his JustGiving account and walking around Redditch with a collection bucket.

“Just the thought that I have already raised this much money gets me very emotional,” he said.

“It was just an idea I had when lying in my hospital bed 18 months ago after my sixth hip replacement, and now a year after my seventh one, it is really happening.

“AM print from Millsboro House have made me a very large flag to show who I am and what is happening. I need to be at the ROH at 2.30pm on that day as I’m booked for an X-ray so start time will be 6am!

“My training had just been walking and then more walking.

“I did the steep ascent from Brockhill to Hewell Bowls Blub and boy it was steep towards the end, but with my collection jar in hand I managed £75 in just one afternoon.”

Visit https://www.justgiving.com/fundraising/robert-rowberry to donate to Rob.

Positivity rocks for Lauren as Baton Relay comes to Redditch