Royal Enfield motorcycle showcase to come roaring in to Redditch

A ‘ROYAL Enfield showcase’ is to be launched in Redditch on Saturday, June 1, celebrating the iconic motorcycle brand’s links with the town.

The event, a partnership forged between Redditch borough council and Royal Enfield coincides with the launch of the new 2019 Bullet Trials motorcycle will be unveiled.

It will run for six weeks in a vacant unit in the Kingfisher Shopping Centre.

Also on display will be a range of 16 other Royal Enfield machines ranging from Classic, Bullet, Interceptor INT 650, Continental GT 650 and Himalayan and the remarkable concept presentation – “Concept KX”, a V-Twin motorcycle. 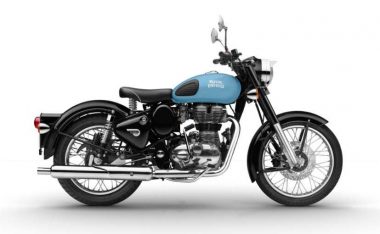 Thanks to support from the Kingfisher Centre, the local Royal Enfield Owners’ Club and other community and history groups, the showcase will appear in the shop opposite Clintons and the original Royal Enfield Shop, on Church Green, which will feature a display.

Council Leader Matt Dormer said: “This is exciting for lots of reasons, not least that we have re-forged links with Royal Enfield, but that the whole community has come together to make this event possible.

“And now we want to hear from residents far and wide to share their memories of Royal Enfield from working at the factory to riding an Enfield bike.

“This is a true celebration of Royal Enfield and Redditch, past present and future, and we want as many people as possible to get involved.”

The showcase is open every Saturday from 10.30am to 4pm and will have a different theme each week including a visit from Ben Reid-Howells and Prashant Kumar who have returned to England after a three year ‘Vasudhaiva Ride’ on Royal Enfield motor bikes.

It will also be open in the week from 10am to 2pm, over the six week period, for visitors to enjoy.