‘SIGNIFICANT challenges’ lie ahead for Warwickshire Police according to the county’s police chief, who is ‘putting pressure’ on the government for more resources, writes Andy Morris.

Speaking exclusively to the Standard, Police and Crime Commissioner Philip Seccombe said the force was under ‘significant strain’ like all public authorities – a strain which was not eased by any commitment to raise general police funding in chancellor Philip Hammond’s budget this week.

Mr Seccombe confirmed the force would be able to recruit up to 50 new officers by next March – thanks to an increase in the police’s share of council tax in Warwickshire.

The force has been further hit by the decision by West Mercia Police to pull out of its widely praised strategic partnership with Warwickshire much to the disappointment of Mr Seccombe.

He said: “I don’t think Warwickshire Police is at breaking point – but I think we have significant challenges going forward. 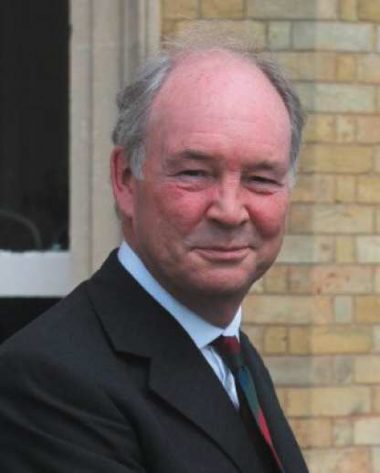 “I’m not currently in a position to speculate on what next year’s budget is going to be.

“Whatever we end up with, that will be the bottom line. We may have to look at the budget line-by-line if we don’t have the money.”

But Mr Seccombe said the government’s decision in April to use existing police resources to meet a pensions shortfall would reduce his budget by around £1.5million.

And in September last year, the government said a one per cent pay rise for officers would also be funded from existing budgets, costing Warwickshire around half a million pounds in the first year – the equivalent of 12 officers’ annual salaries.

“This could have significant effects,” said Mr Seccombe.

“We are putting as much pressure as we can on the Home Office and the Treasury so they understand if they want to see more police officers, we’re going to struggle if we’re going to have these additional strains.”

He confirmed shrinking budgets meant some reported crimes are never investigated, after Channel 4 current affairs programme Dispatches revealed last month just under 33 per cent of crimes in Warwickshire are ‘screened out’ – higher than the national average of 27 per cent.

“We have to prioritise the 999 calls,” he said. “For example, if life is threatened, then sadly it can take preference over a burglary.

“Some of that is sensible, but some of it is forced on us.”

His comments come soon after the chief constables of West Midlands, Greater Manchester and Merseyside forces took the unprecedented step of warning that budget cuts could leave them with officer numbers last seen in the 1970s.

But Mr Seccombe was keen to sound a note of optimism.

“We have a good, well-led force,” he said. “It’s not all bad news – it’s about priorities, really.

“For example, we’re going to keep all our Safer Neighbourhood Teams, and we have bolstered the number of officers going into patrol.

“We have a new Operational Control Centre opening in Warwick next year, with more sophisticated IT and communication systems which will help in attending more incidents.

“And we have a new incident progression team in the control room, who can deal with some things without needing a visit.”

However, further fears were raised last week when a group of MPs said policing was at risk of becoming ‘irrelevant’.

A report by the Home Affairs Committee said forces in England and Wales were ‘struggling to cope’ amid falling staff numbers and rising crime.

Mr Seccombe said he was lobbying local MPs to get a better deal in the government’s Comprehensive Spending Review next year.

“We would like to see a change in the policing formula,” he said. “We get much less per head than some of the bigger urban forces.

“Nearly half the money we get comes from council tax – but in West Midlands, for example, it’s under 20 per cent.

“There are some sensible reasons why that is so, but it makes it harder for us.

“I will be talking to decision makers – all the Warwickshire MPs, for example – and briefing them on where that could take us.

“We have a duty to keep an effective and efficient force, and my job is to give the chief constable enough money to keep Warwickshire safe.

“The residents’ and the community’s interests come first.”

Great start to the week – £1,000 lottery joy for Redditch residents