AN 80-YEAR-OLD alleged murder victim from Studley died of multiple stab wounds, a post-mortem has revealed.

Ann Mowbray was found dead at a property on Allendale Crescent on Monday (February 17).

Ronald Mowbray, aged 82, of Allendale Crescent, was arrested and charged with murder following the incident.

He will next appear at Warwick Crown Court on March 20. 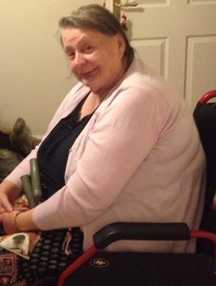 This picture of Ann was released by her family today.