Studley rocked as leading figure resigns from the parish council

STUDLEY Parish Council has been dealt a body blow by the resignation of longstanding councillor Paul Beaman.

Mr Beaman who has been chair of the council numerous times and also a district councillor, departs in the same week as former councillor Sandra Crofts and brings to six the number who have resigned this year – plus the loss of the parish clerk.

In his letter of resignation Mr Beaman laid the blame squarely at the door of the current administration, chaired by Coun Colin Summers.

Reflecting on nearly 30 years of serving the village, he said the council had ‘forgotten who it was there to serve’. 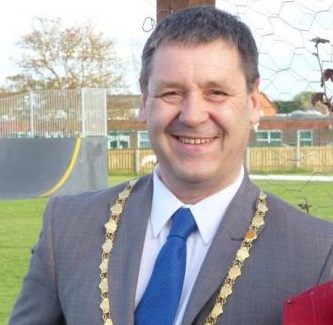 “It has been my privilege to work with so many good councillors and clerks over the years, but I now find the current administration is totally lacking in empathy with residents and appears to have total disregard for the wellbeing of councillors and council staff.

“There has never been such a huge turnover of councillors, with five resigning this year, the majority of whom, to my knowledge, cited the conduct of the current administration among the reasons for their resignation.

“I understand that no attempt was made by anyone to ask those resigning to reconsider their decision.

“This demonstrates the narrow and shortsighted vision of this administration.”

Mr Beaman has been the beating heart of the council for many years sharing his council duties while working full time.

He added: “Studley Parish Council has completely lost its way; this may be due, in some part, to the inability to hold face to face meetings because of the pandemic, but in the main has been caused by those in a position of control choosing to disregard years of experience and hard work, and instead rely on policies and procedures to try and cover their own failures.”

“It would appear the current administration is attempting to conceal matters from the public,” said Mr Beaman.

“That is unacceptable and I cannot be part of it.”

He added: “Successful councils run on trust, openness, co-operation and working with fellow councillors, residents and village groups, not at meetings held outside the boundaries of the council chamber.

“Meetings should be held in public, not behind closed doors with no published agenda.”

His resignation comes less than a week after Sandra Crofts left, the former police officer serving the village for eight years.

In her resignation letter to Coun Summers she cited ‘sustained and constant animosity, antipathy and mistrust’ aimed at her by certain councillors and a lack of common courtesy.

She added: ” I have attempted, with great difficulty, to look beyond the behaviour that’s being directed at me and I have sought to open up dialogue and conversations with the councillors responsible, but this has been ignored or rebuffed.

“Because of this corrosive atmosphere work that I would normally undertake and relish on behalf of the parish council now seems insurmountable.

“Your unwillingness, as chair, to deal with this obvious behaviour has eroded the trust between myself and these councillors making it

impossible to work in a friendly and cohesive manner.

“For my own health and well being I cannot continue.”

The Standard is awaiting a response from Coun Summers.

Row over selling of Community House rumbles on