REDDITCH MP Rachel Maclean romped to an increased majority at the election count today – securing more than double the amount of votes than any other candidate.

She defeated closest rival Rebecca Jenkins of the Labour Party by more than 16,000 votes.

After the announcement was made, Mrs Maclean said: “I’m quite stunned but obviously delighted.

“It’s a big responsibility too because I need to carry out what I have been elected to do.

“The margin of victory was more than I thought – but it was what we were picking up on the doorstep.

“Now we have to just carry on working for all the people of Redditch.”

Nationally, it was a good night for the Tories who officially reached the finish line at 5.05am with 51 seats still to declare. 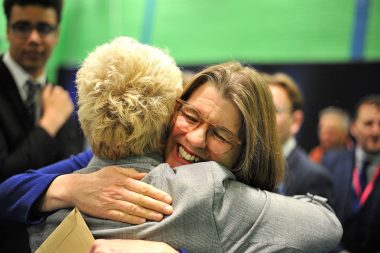 All smiles: Mrs Maclean has been re-elected.