A WIDOW has spoken of her 12-year battle to clear her husband’s name following a key victory against the Post Office.

Karen Wilson says she is over-the-moon after her husband, Julian, was exonerated of false accounting along with hundreds of other post office workers.

The Post Office was ordered to pay £58 million compensation to sub-postmasters who, like Julian, were wrongly accused, found guilty and sentenced in the law courts.

It transpired that the Post Office’s controversial accounting software, known as Horizon IT system, which sub-postmasters were forced to use, created major shortfalls in their accounts.

Convicted and sentenced to do 300 hours of unpaid community service, Julian, aged 67, died in August 2016 before seeing his name cleared.

Julian and Karen ran the Astwood Bank Post Office on Evesham Road from 2001 to 2008 and had hoped to build up the business to fund their retirement.

“We used our savings to cover the shortfall and put money in the till,” said Karen.

“But we couldn’t keep on top of it so we had to sell the business for a pittance.

“Our family were very kind to us at the time and helped us out financially.

“But we had to sell everything we owned at car boot sales, and later even my engagement ring.

“At the time Julian was told by his lawyer that he would go to jail unless he pleaded guilty to false accounting, which he did.

“Sadly many people did actually go to prison over this corrupt system and the Post Office’s negligence.

“Thankfully in the end a High Court Judge and a Lord of Appeal told the whole world that Julian and the others were right.”

Julian was a warm, gentle and intelligent man and fought for many years to clear his name. 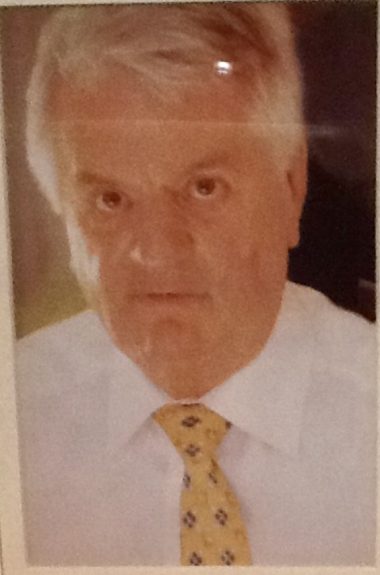 Tom Pedley, who worked at the the couple’s Post Office, said: “They were the life and soul of the village and were amazing to work for. They did so much for me.

“It’s a term often overused but this really did ruin their lives.

“Julian had his reputation smeared and had to complete community service with a bunch of real criminals.

“They really didn’t deserve what happened to them.”

Karen said Julian turned detective following his conviction, ringing sub-postmasters up and down the country only to discover it was happening to them too.

“He was always confident he would clear his name and now he has,” she said.

“It’s just such a tragedy that a good man was taken away from me and his wonderful daughter, Emma, before he was vindicated.

“She has been by my side throughout.”

Karen hopes the settlement will lead to lifting his criminal conviction too, as Julian’s case is currently with the Criminal Cases Review Commission.

Only then will she feel like justice has been done.