WEST Mercia Police says it is currently liaising with MPs’ offices in light of the death of Sir David Amess after a stabbing in Essex this afternoon.

The MP for Southend West was stabbed multiple times whilst conducting a constituency surgery at Belfairs Methodist Church in Leigh-on-Sea. 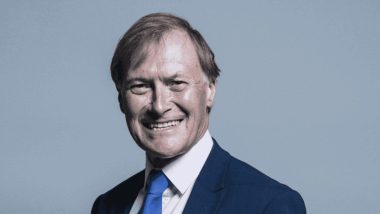 Essex Police were called to Eastwood Road North around 12.05pm this afternoon where they found the 69-year-old seriously injured.

A 25 year-old man was quickly arrested at the scene on suspicion of murder and a knife was recovered.

He is currently in custody and Essex Police have confirmed they were not looking for anyone else in connection with the killing.

Sir David is the second sitting MP to have been killed in the last five years after Labour MP Jo Cox’s murder in 2016 and the incident is likely to raise questions about security at MPs’ surgeries and constituency engagements.

Supt Gareth Morgan from West Mercia Police said although the force did not comment on specific security arrangements, it was liaising with MPs’ offices.

“Local officers will be out in areas where MPs have planned surgeries to engage with communities and reassure following today’s incident in Essex.”

Police and Crime Commissioner John Campion said: “My thoughts and prayers are with his family, friends and constituents.

“This horrific incident is a direct attack on our democracy and the values we hold as a society.

“This will have caused concern across the country and in our community, I have sought reassurance from the Chief Constable around the impact in the West Mercia and am assured this is under constant review, especially in light of today’s incident.

“No person should be attacked in the course of doing their duty and serving the public. Our right to be represented is sacrosanct.”

Redditch MP Rachel Maclean said on Twitter: “There are no words to express the shock of hearing of Sir David Amess’ death.

“It is impossible to take it in.

“He will be greatly missed by everyone, he was pure goodness personified.

“An outstanding champion of Southend, and a true gentleman with a great, unique sense of humour.”

Average speed cameras approved to monitor the A435

Thomas Brothers – which has branches in Bromsgrove, Redditch, Alvechurch and Wythall – proud to support the Primrose Hospice’s Lights of Love