A WOMAN has been found guilty of animal cruelty and neglect after numerous horses in her care were found emaciated in her barn in Stoke Prior, on July 14 last year.

She will be sentenced at Kidderminster Magistrates Court tomorrow, September 6.

Earlier the 49-year-old broke down in tears during her trial, and admitted to neglecting the horses while she was on the stand giving evidence.

When asked on Wednesday by barrister Hazel Stevens, prosecuting, if she had neglected her horses Nally replied ‘yes’.

District Judge Ian Strongman shook his head at the time as he said: “So you’re admitting neglect?”

Nally told the court she had lost control of her yard on Astwood Lane but said she had ‘always’ provided the horses with enough food and water.

She said her ability to look after the animals became limited after she hurt her ribs three weeks prior to the RSPCA and police arriving at her yard, which she rented. 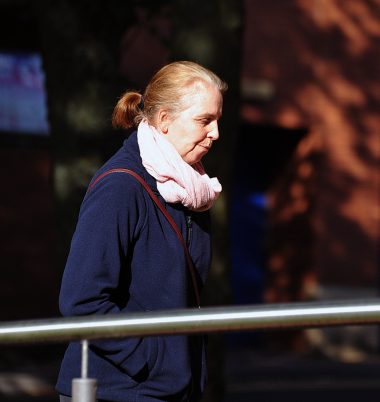 “It was killing me and it all became too much to deal with.

“I had help from my volunteer but he only attended the yard twice during those three weeks.”

Nally said she felt unfairly treated as RSPCA welfare manager Gareth Johnson, with whom she had close links, had ‘off-loaded’ her with too many wild horses, some without ‘passports’, and already in bad condition.

When questioned about the dead horse in her locked barn Nally said: “It was still standing and alive before I left for Devon in the early morning on July 14 – I can only say what I saw.”

Barrister Ms Stevens, who continued to push Nally, said: “Then why did the postmortem show the horse had died of starvation?

“Do you accept it would be impossible for the horse to be standing and that it might have been dead in the corner already during your visit?”

Nally then admitted the horse – which had been in her care since late 2017 – ‘might’ have already been dead.

The court heard Nally had sent Facebook messages, telling others in the horse industry that one of the horses concerned was ‘in perfect condition’ and if anything, ‘too fat’.

But under questioning Nally admitted she had lied and the horse was indeed emaciated.

Nally claimed a vet had visited her yard to examine an ill horse before July 14, but she couldn’t provide any written documents to prove the vet’s attendance.

Judge Strongman said: “So the vet looked at the animal, gave you advice, and didn’t leave you any notes?”

Throughout the trial Nally maintained she was in the process of leaving her Stoke Prior yard due to ‘constant flooding’ and its ‘poor conditions’.

While looking to move them to another site, Nally said she left the horses with enough water via ICP water tanks.

“The tanks provided them with a weeks worth of water,” she said.