THE woman who was responsible for setting up the official twinning link between St Elizabeth Parish and Redditch has sadly passed away.

Veronica Allen, born on February 11, 1961 in Bromsgrove, lost her battle to cancer earlier this month.

She was diagnosed with the awful disease only two months prior to her passing.

Veronica, who was very proud of her Jamaican heritage, grew up to be a big character in the town and was influential in promoting its Caribbean community.

With the help of town’s former mayor, Madge Tillsley MBE, and the Borough Council, Veronica often organised fun and educational workshops for youngsters in Redditch.

This included Caribbean cooking classes, cultural and music events at schools and ‘Jamaican fun days’ at places like the Trico Stadium.

Her son, Evroy, 38, said: “My wonderful mum made everyone around her feel like they were living in the Caribbean.

“She was even successful in getting funding from the council for Jamaican Independence Day and various other events. 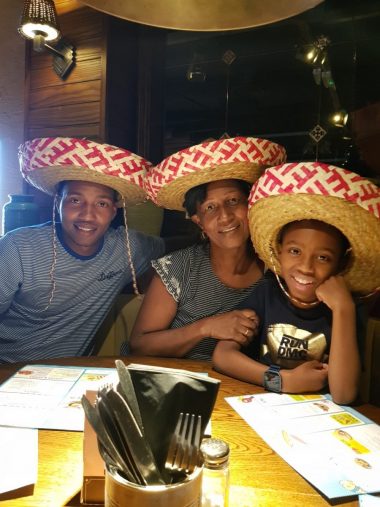 Evroy with Veronica and son Kade.

“She’s the reason why there’s a Jamaican flag on the ‘welcome to Redditch’ sign as you enter the town.

“I’m very proud of her work because she brought a lot of different communities together and inspired the younger generation.

“She made a lot of friends along the way and had absolutely zero enemies.” 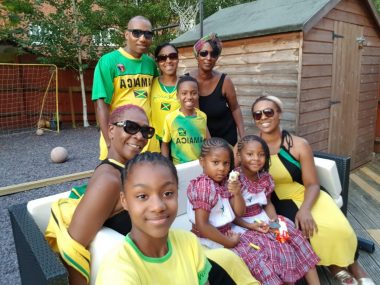 After successfully setting up the twinning link in 2006, Veronica moved to Jamaica a few years later.

She set up a heritage centre in St Elizabeth and filled it with 70s and 80s artifacts which she had collected over a long period of time.

In August last year, during one of her final trips to Redditch, she invited councillors to visit the heritage centre in a bid to revitalise the town’s twinning link.

“The centre is not going anywhere so it would be great if they could still visit,” added Evroy.

“They would be more than welcome to stay with our family and I know she would love it if they did.” 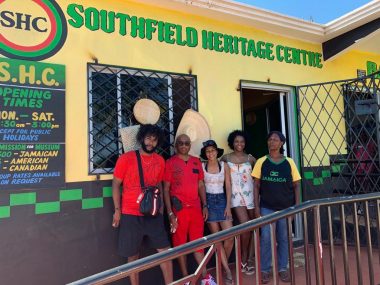 Evroy is hoping to hold a memorial service in the town hall to celebrate Veronica’s life.

He says he would also like to see a plaque erected in honour of her achievements.

Veronica leaves behind two grandchildren Carenza, 11, and Kade, 9, and husband Ronald who say they will all miss her very much.

Her funeral will take place on February 8 in Jamaica.