PERSHORE are eagerly anticipating Saturday’s Worcestershire League Cup final against Stourport after booking their place in the showpiece during a dramatic weekend of action.

Firstly, the Plums emerged convincing 116-run winners against Astwood Bank in what was effectively a winner takes all match in Saturday’s Group B finale at The Bottoms.

The success booked Pershore’s place in Sunday’s play-off semi-final against Group A winners Old Hill and the Plums were again in fine form on home soil to clinch a 56-run success.

Group D winners Stourport now lie in wait in Saturday’s (noon) final at Kidderminster’s Chester Road ground in what will be a battle to see who are crowned kings of Worcestershire League cricket in this pandemic-shortened campaign.

On Saturday, skipper Chris Ridings led the way with 64 in Pershore’s total of 228-9 off their 40 overs against group runners-up Astwood Bank. Jake Price took 3-46 and Dan Thomas a miserly 2-29. 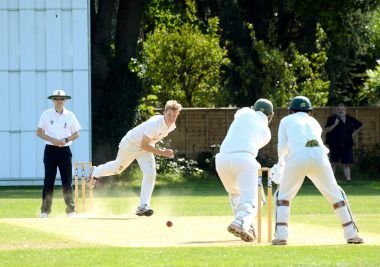 The visitors’ reply never got going as only Tom Underhill (33) made an impression on the scoreboard against excellent bowling from Andrew Hill (4-26) and Matthew Gurr (3-32) as Bank were dismissed for 112 in the 31st over.

The victory set up the following day’s last four clash against Old Hill in which Pershore again won the toss and elected to bat.

Once again the batsmen set an excellent foundation for victory as Liam Ridings (66) and Paddy Thompson (36) put on 104 for the first wicket.