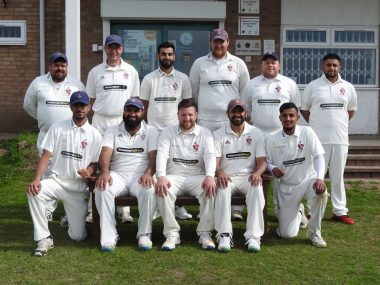 THE STAR quality of Barnt Green’s Birmingham & District Premier Division One team shone through on Sunday, as Redditch Entaco were given the run around in their sole pre-season outing.

In the 202-run defeat, Redditch were always up against it trying to outscore Green’s 261-7 score at Bromsgrove Road, but could at least take some solace from a stunning four-wicket display from Thomas Phelan (4-57).

If there was one aspect of the encounter which gave an indication of the difficulty at the task at hand for Redditch, it was the visitors’ 139-run opening stand from Dominic Harding (80) and Ben Chapman-Lilley (28 n.o) – the latter retiring after his opening partner was dismissed lbw by Phelan.

Taking their turn at the crease, the hosts made a steady start for the opening seven overs until losing a wicket in the four successive overs that followed.

Entaco now go into their opening Worcestershire County Premier Division fixture of the year, playing host to Stourport-on-Severn on Saturday.

Division rivals Astwood Bank will also be in action this weekend, welcoming Pershore for their league opener.

Division One outfit Feckenham prepared for their curtain raiser at home to Burghill, Tillington and Weobley in a friendly with Bromsgrove’s second XI which was eventually abandoned.

Batting first after the Boars won the toss, the Millers never really found their groove until the emphatic arrival of tail-ender and skipper Jamie Reddish – who blasted 131 from just 72 balls faced.

That herculean effort took the hosts to 292-7, at which point Feckenham declared their score.

Bromsgrove were ticking over nicely at 90-3, with a wicket apiece from Abid Khan, Sadam Khan and Mohammed Fahim Maan, before weather intervened and stopped play.

Studley also fell to the same fate in their final warm-up against Hampton & Solihull.

The Washford Fields outfit will return to life in Warwickshire County Division Two away to Water Orton on Saturday, but will hope for a longer period at the crease after play ceased with the hosts on a 38-2 score.

Hampton & Solihull declared at 228-8 to provide Studley with a tough task, during an innings in which Mudasar Bashir (2-30) and Daniel Taylor (2-16) shone with the ball in hand.