A director of Redditch YMCA since 2001, Mrs Hodgson attended the first fixture under the chairmanship of Chris Swan and his wife, Sallie, in 2011 and immediately recognised their aims and ambitions for the club.

She says she is thrilled to now be in a position help the club achieve those goals.

“I understand the vision they held together in building a community base, which offered a range of services to develop our next generation to grow and prosper,” she said. 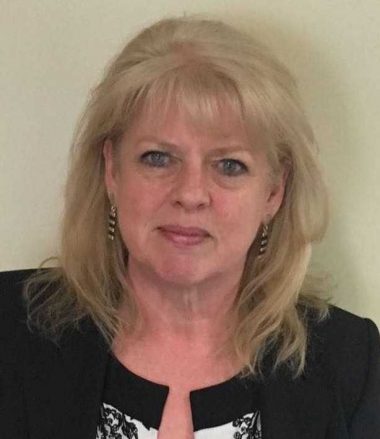 “The introduction of a state-of-the-art 3G pitch has been a game-changer; it now allows 1,000 young people to play football on a weekly basis.

“Having these fantastic facilities available is very important, as it will not only help improve members of our academy section but it will encourage young people in Redditch to join them.”

Mr Swan said: “I am pleased that Jacintha has agreed to join us at The TRICO Stadium. I have known her for many years and trust her to use both her professional and personal attributes to make a positive difference for both the club and the town of Redditch.”

The community and the younger generation, in particular, will be strong focuses for Jacintha, who has three sons that have had a ‘great start to life in Redditch’.

She added: “I am from an NHS background, where the topic of health among children was a prevalent conversation.

“To combat the rise of obesity, as well as cancer and diabetes that are linked to it, Redditch United can offer a solution, in partnership with the local health economy and local authority.

“I want to see every young person in Redditch have a great start to life, understand how they belong in the community; therefore, we need to forge closer links with schools, colleges and the wider community.”

“Where will they go to school?” Anger at plans for 265 new homes

This week’s letters: Traveller writes in to thank Redditch people for being kind