Labour pledge on domestic violence in drive for County Hall

DEFEATING domestic violence will be a priority for Labour says Councillor Robin Lunn, the party’s leader at Worcestershire County Council.

With awareness of violence against women reaching new heights, Coun Lunn (Lab, Redditch North) said his party would reverse the cuts that have undermined efforts to tackle domestic violence, against men as well as women.

Speaking as the party launched its local government manifesto, he said: “Domestic violence will be a priority for Labour.

“We will give employees who are victims support including time off work with full pay and will support agencies who offer assistance to both men and women who are victims or perpetrators. 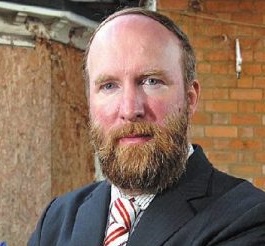 “We will work to tackle the causes and develop strategies which will target resources to maximise support.

He also slammed central government’s handling of the issue of personal protection equipment (PPE) in the pandemic and the billions it is spending on Test and Trace, saying he would be backing the expertise of local organisations.

“The report by the House of Commons Public Accounts Committee into the shameful amounts of money being spent on a far from ‘world beating’ Test and Trace system, highlights the importance of a localised focused public health teams.

“The actual and proposed spend on PPE equipment and Test and Trace is scheduled to be over £50billion, and we believe that much of this money could have been spent more appropriately.

“Last November in a full council meeting at County Hall we tried to debate the issue of Test and Trace and were ‘timed out’ and in effect silenced as the matter.

“A Labour controlled county council would put our local public health bodies in charge of overseeing Test and Trace in the county.

“The local knowledge which they have can be put to considerable use and quickly tackle any future Covid surges so that they don’t become unmanageable.

“We would ring fence the public heath budget to ensure that it was not cut locally, and we would put ‘health and wellbeing’ at the centre of all council policies, delivering a strategy to reduce health inequalities.”