Clarke excited for future with Reds - despite season remaining in limbo 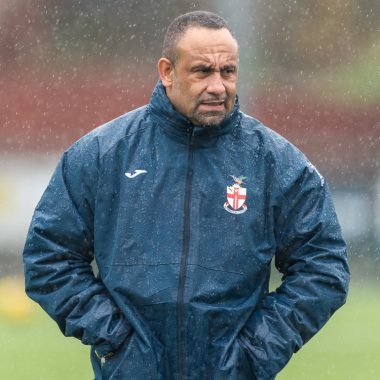 Matt Clarke is hopeful that a shortened season can avoid another null and void campaign. Picture: Harish Chavda (Dingle Images).

REDS manager Matt Clarke is still hopeful of salvation for the 2020/21 Southern League Premier Central season – but says his United side have belief in where they are heading regardless.

With play still suspended until March at the earliest and with growing questions over funding for clubs at Step Five and below to complete the current campaign, all signs would seem to suggest that a second null and void season in succession is set to become reality.

Currently, clubs are anxiously awaiting news of league-wide questionnaires which asked for views of how the season should end, with a final outcome of the results expected in the next two to three weeks.

While the non-league picture remains in limbo, United’s boss has put forward his view on how the current situation should be resolved.

“It’s really difficult, because as a manager you want to play – as all of the players do – the last thing we want is for the season to be null and void and for players to have two seasons of their careers cut short,” said Clarke.

“But until it’s safe to do so and the Government feel that we’re in a tier that would indicate that we can get back to playing, then I don’t think the season should continue.

“The best solution for me if we were to continue to suspend the season, is to look at the back end of March or April and get a system where all the clubs play each other once and fulfil half the games. That would be fairer than null and void.”

Although the current campaign has been one of the most tumultuous in recent times, there have at least been positives for everyone connected to the Trico Stadium club.

Redditch, placed sixth, have presented a much-improved version of themselves compared to last season – when relegation appeared a mere formality before the COVID-19 pandemic struck.

“We’re into the fourth week of January and we’ve only played eight league games and a couple of cup games,” Clarke continued.

“The expectation levels were low when we came in, everyone expected us to be bottom of the table and essentially relegated by now, so for us to be sitting sixth in the table – although the season is suspended – it’s been a really good process for us.

“Beating Nuneaton 2-0 at home – who are one of the favourites to get promoted – that was a big highlight.

“But for me personally, the biggest highlight was beating Banbury United away 1-0.

“To play against another one of the sides that are very fancied – with a new manager, new players and expectation levels high – and put in a very stubborn performance, with plenty of hard work which we’re all about – it was the catalyst for us and others to believe that we’re trying to create something.”

It is that upward momentum, something which has been cultivated since the start of the season, which has led to a brighter outlook for the club going forward. 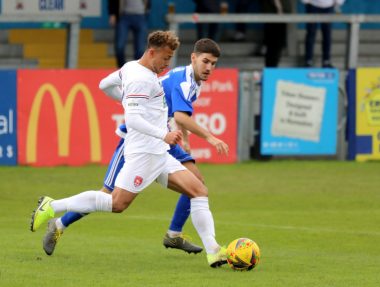 Lewis Hudson will add to the Reds’ backline after his arrival from Midland League Premier Division side Coventry United. Picture: Jeff Bennett.

Regardless of whether play will continue this term, Clarke reiterates the long-term project at Redditch will continue to unfold despite the difficulties faced and has pointed to the increasing number of supporters coming through the gates as a positive sign.

“We have [started planning], we’ve brought in Lewis Hudson from Coventry United, who’s a really talented boy and is someone who’s been on the radar for quite a while,” the Reds boss continued.

“But it’s difficult to recruit, because if the 2021/22 season goes ahead as it should do in August, then it’s not going to start for seven months.

“When you can’t train or play any games and the season won’t start for so long, anything can happen in that time – all managers are in the same mindset.

“We’ve got a shortlist of players we feel will add to what we’ve created. We’ve got to keep positive and moving forward in the right direction.

“The support has been unbelievable. As a former player and captain of the club, I came in and the club wasn’t in a good place – because there was so much negativity related to anything to do anything with Redditch – we were almost a laughing stock.

“What we wanted to do was to change the thinking, the supporters have been so important, the love that they’ve given to the players, myself and to everyone at the club has been huge.

“Hopefully we can give them another side, adding to the boys that we’ve got and keep giving more positivity next season.”