Phasey, who broke the record held by Jo Whiteley, said: “I am absolutely delighted to have won back the British record for Masters 1 at 84-plus weight category.

“I previously held the record between 2016 and 2019 until Jo beat it at the World Powerlifting Championships last month.”

Phasey, who owns Kelly Phasey Fitness gym in Redditch, says she is now fully focused on preparing to compete in Canada where she will represent England at the Commonwealth Powerlifting Championships.

“As a self-funded athlete, I would appreciate support from the local community to help me with my travel costs,” she added.

You can donate by visiting www.gofundme.com and keying in ‘Kelly Phasey Fitness’ into the website’s search bar. 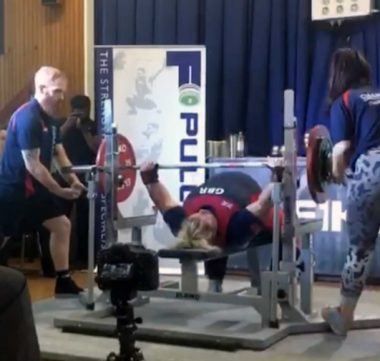 Kelly Phasey lifted a British bench record in the event in Milton Keynes.