Reds net a point on opening day - The Redditch Standard

After what was a horrific 2019/20 campaign in which United were only spared the drop due to the pandemic leaving their season null and void, there was optimism chimed around the bumper Trico Stadium crowd following the change in leadership in the dugout and boardroom over the summer. 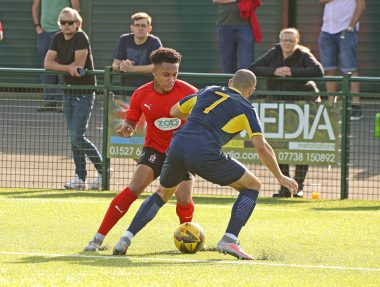 Despite this, it was the Marketman who registered the first noticeable chance which required an impressive save from returning keeper Kieran Boucher.

However, the Reds were rewarded for their impressive beginning to the game and broke the deadlock in the 17th minute when Jordan Clement guided the ball into the bottom corner from close range.

The visitors levelled matters in the 38th minute via a Billy Hunt solo strike and 1-1 was a fair reflection of the opening period.

The second half featured more end to end action, with Needham being stopped by some great goalkeeping from Boucher.

Redditch also had their fair share of good opportunities – most notably a great effort from former Birmingham City forward Jack Storer from a free kick 25 yards out which was well saved by the goalkeeper.

The Reds continued to play impressively but, despite some excellent pieces of play from the likes of Storer and Kieran Day, were unable to find a winner, with the spoils being shared in the season-opener. 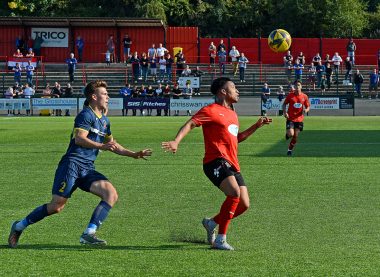 Fans were delighted to be back at the Trico Stadium. Picture 4120005MMR9.

This was a very positive opening day for Clarke and his side, who will be disappointed to not come away with all three points after a good performance in front of 442 fans.

Next up for the Reds is tomorrow’s (Tuesday) FA Cup first qualifying round sell-out tie at North West Counties League Premier Division side Hanley Town before Saturday’s league visit to Banbury United.