Season over for Reds Ladies, but men's side can begin planning for 2021/22

WHILE there is disappointment for Redditch United Women after their season was officially brought to an end on Monday, the men’s team can at least start planning for the new campaign after a restart date was announced.

The Football Association’s curtailment of the 2020/21 campaign at Steps Three to Six of the women’s football pyramid meant United Women’s West Midlands Regional Premier Division season at Step Five was subject to the axe, with no promotions or relegations taking place between any of the tiers.

With only three games completed by Tom Blaymires’ side, the decision always appeared a matter of when – and not if – to bring the curtain down on a campaign when United sensationally knocked Doncaster Rovers Belles out of the FA Women’s Cup on penalties, prior to their third qualifying round exit to Boldmere St. Michaels. 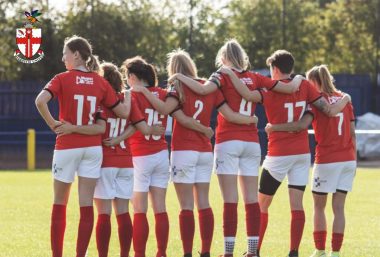 In subjecting teams to an early finish, the FA have recommended slating friendlies and other forms of non-competitive fixtures from March 29 onwards, to bridge the gap before the new campaign gets underway.

For Redditch’s mens first team, their 2021/22 Southern League Premier Central season will get underway on Saturday, August 14, allowing room for potential involvement in the FA Cup extra preliminary round – which teams at the Reds’ level may be balloted into.

The preliminary round of the competition then follows on August 21, with Matt Clarke’s men hoping to go one better than their first qualifying round exit to Hanley Town last time out.