IT WAS a fantastic weekend for women’s and girls’ cricket at Astwood Bank as the club went to battle on several fronts.

The ladies team won a thrilling game against Five Ways to retain their unbeaten record this season and the under 11 girls beat Malvern to win their league. 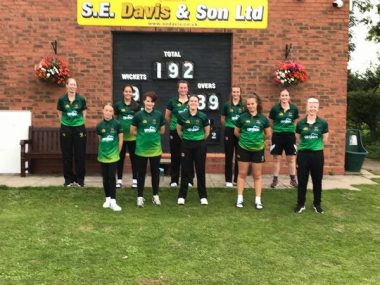 The club’s ladies softball team beat Cookhill to secure a clean sweep across the board.

Elsewhere, Astwood Bank men bounced back from their defeat to Redditch by seeing off visitors Belbroughton by seven wickets in Worcestershire League Cup Group B.

Jake Price, Dan Taylor and Tom Harris all took two wickets apiece as Bank restricted Belbroughton to 167-8 off their 40 overs.

Sam Thomas then top-scored with an unbeaten 41 after 34 and 35 respectively from Tom Pedley and Tom Underhill as Bank cruised to 168-3 inside 23 overs in reply.

Second-placed Bank remain 14 points behind group leaders Pershore ahead of Saturday’s clash at Feckenham. The following weekend Bank close their group campaign at Pershore in what looks likely to prove the play-off decider.

BOWLS – White Hart top the table in two of their leagues