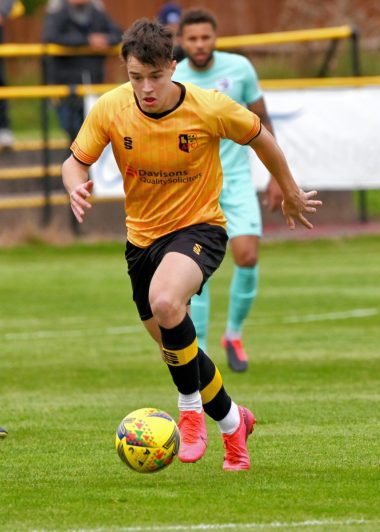 Jake Wakeling could make his return to Lye Meadow in Leicester City colours at the end of July. Picture by Ian Macvie.

ALVECHURCH have unveiled their programme of friendlies for the remainder of the current campaign, and the first pre-season fixtures in preparation for the 2021/22 season.

Ian Long’s Church will officially round off this term with five further friendlies this month, starting with this Saturday’s trip to Halesowen Town – the last to be played behind closed doors – before continuing their travels against Darlaston Town and Sporting Khalsa on May 17 and 22 respectively.

The final two fixtures of the rescheduled Red Recruitment Trophy, which the club are still in contention to win, then conclude the 2020/21 season, when Redditch United (May 29) and Bromsgrove Sporting (May 31) visit Lye Meadow.

After a break of five weeks, Church will kick back into gear away to Bewdley Town on July 10 to get their pre-season schedule under way, followed by a repeat of their historic 1971 FA Cup final qualifying round tie with Oxford City – which became the longest match in the history of the competition – on July 17.

Darlaston welcome Long’s side once more on July 24, before a Leicester City XI head to Worcestershire on July 30 in a show of appreciation by the Foxes following signing striker Jake Wakeling, pictured, last December.

A home game with Sutton Coldfield will then conclude Church’s current pre-season plans on August 3, before the Southern League Premier Central campaign gets under way on August 14.

League rivals Redditch United, meanwhile, will do battle with Halesowen on May 18, followed by Red Recruitment Trophy matches against Bromsgrove on May 22 and the finale with Alvechurch a week later.

Currently, only one pre-season friendly has been announced by Matt Clarke’s side – a trip to Merthyr Town. 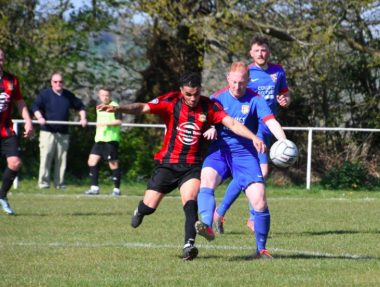 Despite beating their rivals 4-0 a week prior, Alcester slipped to a 2-1 defeat to a much-changed Fairfield last weekend. Picture by Paul Smith.

ELSEWHERE, an instant reply from Alcester Town got their Post-Covid Lockdown Charity Cup campaign back on track on Bank Holiday Monday.

A thumping 4-0 win over Redditch Borough helped them recover from a 2-1 defeat to Fairfield Villa two days prior, keeping the Romans three points behind Knowle, who have made a perfect start to the group stage.

For Redditch Borough, the bumper weekend of action was a disappointing one, with the heavy defeat following a 2-0 reverse at Coventry Alvis last Saturday which leaves Julian Workman’s men still chasing a first win at the bottom of the group.

This Saturday, Alcester head to second-bottom side Hampton while Borough have it all to do at front-runners Knowle.

Town then host Knowle on Tuesday evening, and Redditch are at home to Fairfield Villa a day later.