REDDITCH Ladies began their pre-season with an impressive 4-2 victory over Bournville Ladies at Bromsgrove Road.

The Kingfishers pushed on from the beginning, but were initially matched in effort by Bournville in an entertaining encounter.

Throughout the game Redditch’s possession was high, which ultimately led to them having the advantage.

Anna Dawson was first to score but Bournville rallied and the sides reached half-time level at 2-2 despite a second goal from Dawson. 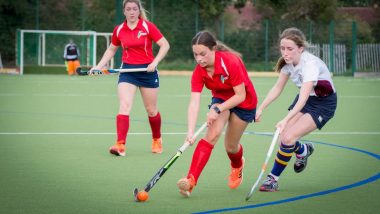 Redditch started the second half ready for a battle and showed great attacking prowess in the opposition’s 25 for the first 15 minutes.

Dawson managed to get her hat-trick with a sublime reverse stick shot and victory was sealed when Millie Melliard converted when one-on-one with the keeper.

Lucy Jackson was named player of the match in her final game before heading off to university after several loyal years with the club.

Redditch men also faced up to Bournville’s first team and the Kingfishers earned an exciting 3-2 victory.

Both teams created many chances in the first third but good saves from Redditch keeper Joe Cardy and strong tackles from Luke Baker managed to keep the score level. 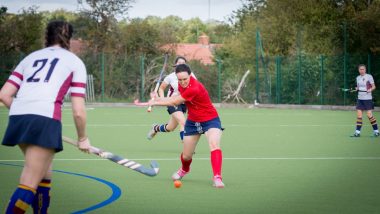 Bournville were frustrated by strong defending from Redditch in the second third and the lead was doubled when another quick counter-attack led to a first team debut goal from Harrison Young.

In the final part of the match Redditch failed to shut up shop and conceded a penalty flick which was capitalised on by the Bournville striker before a fine goal on the break made it 2-2.

Redditch battled to the end and dug deep to get the win through an unlikely source as Andy Billingham found himself with space to fire a rocket past the keeper who could only watch on helplessly.

This was an excellent victory against a side two levels above Redditch, who continue their pre-season with a home game this Thursday against Olton & West Warwickshire followed by a local derby on Saturday against Bromsgrove.