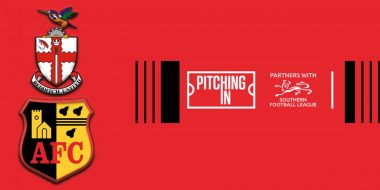 THE RETURN of Redditch United’s £99 season-ticket scheme for the 2021/22 campaign will continue to provide an appealing and cost-effective option for local fans, says chairman David Faulkner.

During a week in which talks of an ultimately premature European Super League threatened to reshape the footballing landscape as we know it, the Reds have announced that season-ticket prices at the Trico Stadium will freeze for the forthcoming season to offer open arms to lovers of the grassroots game and United fans alike.

Working out at £4.72 per match for Redditch’s 21 home Southern League Premier Central fixtures, season tickets for concessions (£89) and students and under-18s (£50) provide even greater value for money, as United prepare to head into another Step Three campaign.

With optimism at the club high for the first time in a number of years, the Reds chief is confident that the club can capitalise on a loss of faith in the higher levels of the game.

“With all the talk on the Super League and VAR, we’re hoping our offer will entice more supporters of the professional clubs to come and give non-league a go,” Faulkner said.

“People said that our £99 offer was mad when we launched it last season, but this helped increase our average gates by over 300 people.

“Football is all about the supporters, and the extra support that we received from the town enabled us to achieve some fantastic things last year, so we will be ready and raring to go once the season gets underway on August 14th.”

Supporters can visit the following link to purchase their season ticket online, or head to the Trico Stadium between 6pm and 9pm on Monday to Thursday evenings. 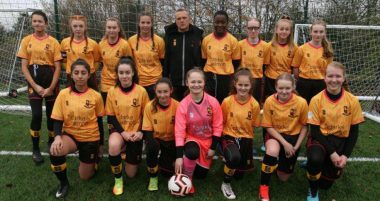 Alvechurch Ladies’ open age team will be one of many sides representing the town at The Hayes next term.

Elsewhere, league rivals Alvechurch have started work on their community 3G pitch at The Hayes.

The development on the land opposite Birmingham City’s Wast Hills training ground will continue over the summer, as the club hope to officially make the move to their new home for the 2021/22 season.

One of Church’s teams to star at the new site will be Alvechurch Ladies’ open age team, who are making a recruiting drive for the new campaign.

Interested players are asked to get in touch with manager Scott Wilkinson on 07701 077658.