THEY may be out of qualification contention, but nevertheless Redditch Entaco secured successive Worcestershire League Cup Group B victories for the first time this season with a 12-run triumph at local rivals Feckenham.

The Millers won the toss and elected to field and the early exchanges went the the way of the Redditch batsmen as openers Olly Mason (22) and Adeel Sajid took control.

Skipper Russell Southwick continued his good form with the bat with an excellent 49 but it was opener Sajid who shone on a sunny day as he hit his second century of the season.

Ghulam Moyhuddin added a fine 31 not out at the end. Yasir Mehmood (3-29) and former Redditch star Noman Mohammed (2-43) were the pick of the Millers’ bowling.

In reply, Feckenham started in a positive fashion, in no small part due to early wayward bowling from the Redditch seamers. 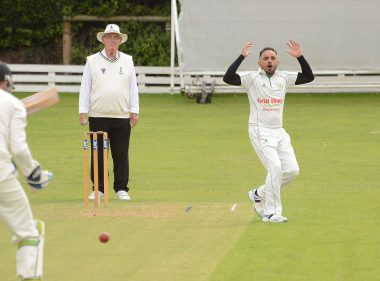 Jamie Griffiths scored a fine 47, with skipper Jamie Reddish chipping in with 35 and Fahim Mann 27 to give the hosts a fighting chance of victory.

Southwick rotated his bowlers well though and the Kingfishers did just about enough to secure victory by 12 runs as Feckenham finished on 237-8 off their 40 overs.

Chaddesley Corbett are the visitors to Bromsgrove Road on Saturday in what should be a closely fought contest which pits third against fourth.

Redditch 2nds produced their finest performance of the season to record an impressive six-wicket victory over local rivals Bromsgrove.

Batting first, the Boars lost Nathan Juckes for 6 but an impressive partnership between Alistair Hickman (64) and Ryan Pedley put Bromsgrove into the ascendancy.

Pedley grew in confidence to finish unbeaten on 115 not out and a quickfire 20 from Tom Downing saw Bromsgrove finish on 218-4 off their 40 overs.

Redditch needed a good start and the experienced Tom Phelan (43) and Luke Davis (36) duly obliged in making 90 for the opening wicket in just 14 overs.

Bromsgrove bounced back with two quick wickets but Yassar Altaf continued his excellent form with a stylish 58 and along with Basharat (45no) saw Redditch home to an impressive victory with eight balls to spare.

On Saturday Redditch travel to Astwood Bank looking to gain revenge having suffered a big defeat at home earlier in the season.