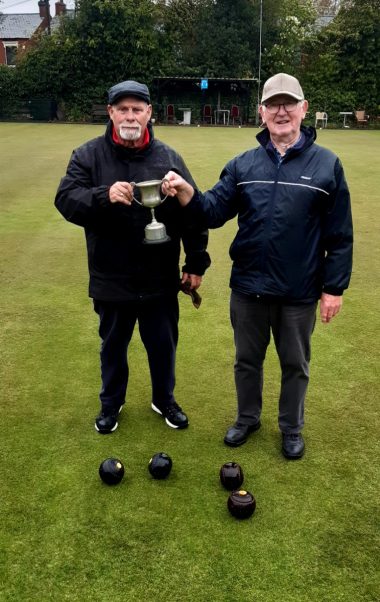 The lack of standing water on the green meant that the event could still go ahead as planned, with nine pairings vying for the esteemed title.

With the sight of grey clouds overhead, it was the turn of Estell and Richards to cause a storm, dumping out defending champions Kirk Wright and John Meredith at the semi-final stage.

In a close-fought affair, the eventual winners rallied from a 17-14 deficit to scrape through 21-19, setting up a grand finale with Paul Matthews and Mick Perrins – who saw off Ian and Sheila Humphreys by a 21-13 margin.

Though the last-four bout had proved a tense affair, the final proved anything but, as Estell and Richards turned on the style to outclass their opponents by a 21-2 scoreline to lift the 2021 title.