Ten pre-season friendlies in the offing for United 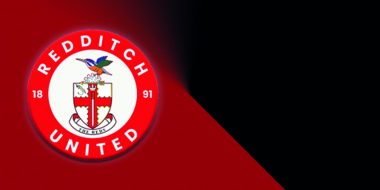 THE REDS have announced ten pre-season friendlies to begin their preparations for the 2021/22 campaign.

Matt Clarke’s men get back into the swing of things with successive home games against Midland League opposition in Lye Town on Thursday, July 8, before the visit of AFC Wulfrunians two days later.

A mix of first team and reserve players then head to Southern League outfit Slimbridge AFC on July 12, before National League North side Hereford travel to the Trico Stadium on July 17.

Two more Midland League opposition then lay in wait on the road, starting with the visit of a mixed team to Romulus on July 19, before a full first-team take on Highgate United.

National League North side Gloucester City AFC, who topped the division before the curtailment of the previous campaign, will be the opposition when Redditch play host on July 27, before the standout fixture of pre-season when United head to Merthyr Town.

The clash will see the Reds in a repeat of their 1989/90 FA Cup first round appearance against the Welsh side, who these days ply their trade in Premier Division South of the Southern League structure, on July 31 – with an official club coach being organised for the trip.

Another Midland League side in Stourport Swifts will welcome United on August 3, before a home fixture with Southern League Yate Town concludes Redditch’s preparations on August 7.